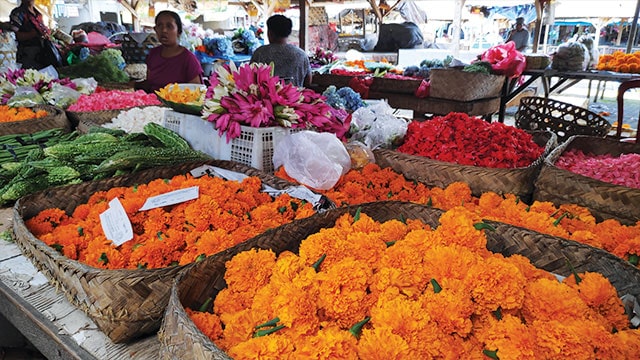 Indonesia’s biodiversity holds billions of potentials for national development. Unfortunately, we can only absorb so little. Experts highlight the lack of public knowledge about plants, the lack of focus of the government, and the lack of unity of all stakeholders as obstacles in reaping the fruits of this natural potential.

Jakarta (Greeners) – Karen Tambayong, a plant expert who is also a Chairman of the Permanent Committee for Horticulture, Indonesian Chambers of Commerce and Industry, emphasizes that Indonesia needs to make plants a national strength. The reason is, Indonesia is rich in flora diversity. She argues that there are still many species that we have not recorded. Not to mention the various benefits that people can get from plants, such as health benefits, culinary purposes, and even economic values.

However, she continues, the utilization of the country’s flora has not been maximized. Based on Trade Map data related to global crop trade, Indonesia is in the 51st position with a detailed income of 17,761 dollars. This amount is only 0.1 percent of the total international trade. For the cultivation process, she adds that Indonesia is still experiencing shortages in research and development and the quantity of those who cultivate plants.

“Indonesia has all kinds of plants; however, we are not focusing on any of them. Our superiority is in tropical plants that are still abundant in the forests, “explained Tambayong at Greeners’ webinar entitled Mengenal Potensi Pemanfaatan Flora Indonesia, Tuesday (11/24/2020).

Expert: Indonesia is not Focusing on the Potential of Domestic Flora

Tambayong hopes that Indonesia can follow the steps of other countries. She gives an example of Australia, which has a grand design for local plant production. To do the same thing in Indonesia, she continues, it needs all parties such as the government, business people, researchers, and the community to develop Indonesian flora’s potential more sustainably.

“We are less active and less united. All parties, government, activists, and business actors need to sit at one table. To map out our strengths and make our strategies. Figuring out what should be optimized,” she says.

Furthermore, Tambayong also highlights ethics and regulations in using the potential of the nation’s plants. Under various rules in Indonesia, she adds that plants’ use must come from the cultivation process. As for the operation of taking plants from nature, only the parent plants are allowed. If we bring all the plants from the forest, it can threaten the plant habitat. Besides, Tambayong argues that the cultivation process can be much more beneficial and profitable.

“Who says we are allowed to take plants in the forest? We cultivate with technology. From one plant we can produce one thousand, two thousand, even one million plants. Foreigners do it all the time. Meanwhile, we are not doing anything,” says Tambayong. 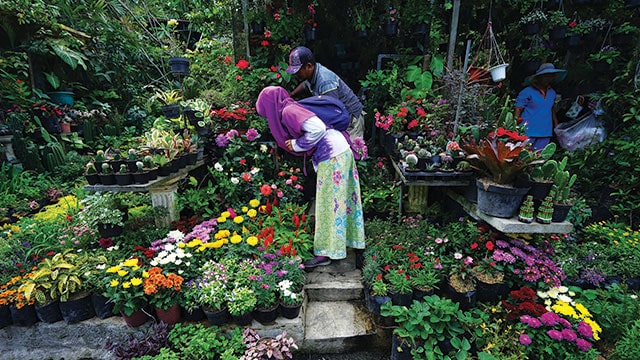 Preserving the Love of Plants

On the same occasion, the Founder of Kebun Tanaman Obat Sari Alam, Oday Kodariyah, urges all Indonesian stakeholders to pay more attention to plants. According to her, all Indonesian need to maintain their love for plants. It is an attempt to plants preservation as well as local ancestral wisdom.

The winner of the Kalpataru Award in 2018 continues to strive to educate the public. Especially the younger generation, as the nation’s next generation. According to her, today’s younger generation’s challenge is that they are less connected with nature. So that they have not maximized the potentials of wildlife, including plants surround them.

“Have we been proud of Indonesia’s biodiversity? Our ancestors did that without any orders from anyone. They work together with nature,” she says, emotionally.

Kodariyah also expressed her disapproval of exporting Indonesia’s plants before Indonesians became acquainted with these plants. She then talks about her experience teaching plants to nine hundred junior high school students. Kodariyah mentions her concern about young people who do not know much about their land biodiversity.

“So many of them do not know about turmeric tree, kencur tree. Everything that they eat, they do not know. But this is a challenge. I must be able to convey to millennial children how important it is to know this biodiversity,” she argues.

“It’s tough, but we can certainly do it. The modern era crushed the younger generation because their family did not even tell them about our precious plants. We are struggling our best to convey sincerely,” concludes Kodariyah.