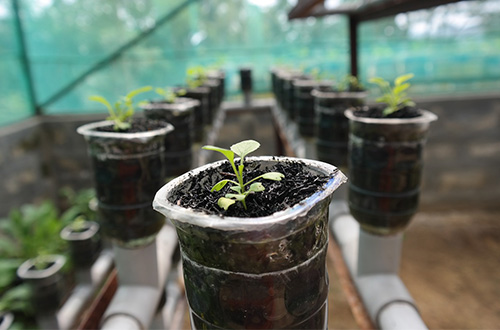 Malang (Greeners) – Water scarcity in Palestine had forced the country’s experts to visit other nations and learn agriculture engineering, including to Indonesia.

Fariz Mehdawi, Palestine ambassador for Indonesia, said that most of agricultural lands mostly depend water in rainy season between November to January. Lack of water for agricultural, he added, was also caused by illegal occupation in West Bank stealing 80 percent of the water. “So, there’s only little water left,” he said on Monday while visiting Ketindan Agricultural Technology Training Center in Lawang, Malang district on East Java.

Experts from Palestine visited the training center from July 31 and will end on August 31. The Training Center is known to have produced engineers focusing in hydroponic agricultural system and herbal medicine products.

Furthermore, excessive use of groundwater has resulted to water scarcity aside from land salinity due to chemical use, erosion, less land covers, and high cost for irrigation.

In addition, the war had also added the problem to water scarcity in agriculture led to increasing damaged lands. It also resulted to trade bans to Palestine, destroyed wells, and ban of buying seeds from other countries.

Fariz said that agricultural lands in Palestine cover at least 21 percent of West Bank and Gaza Strip, which covers 1.2 million dunams (296,525 acre). Around 19 percent of the total use ground water and the rest depends on rain water.

Consequently, cooperation needed to improve agricultural technology not only to Indonesia, but also Thailand, China, Algeria, Tunis, and other European countries such as Italy.

Widi Harjono, Head of The Training Center said that hydroponic technology was suitable for small farms with less water as the water can be reuse before injected back to the ground.

“We were not only teach hydroponic techniques but also share experience and knowledge, learn also from them,” said Harjono. 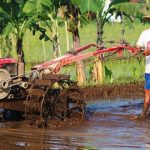