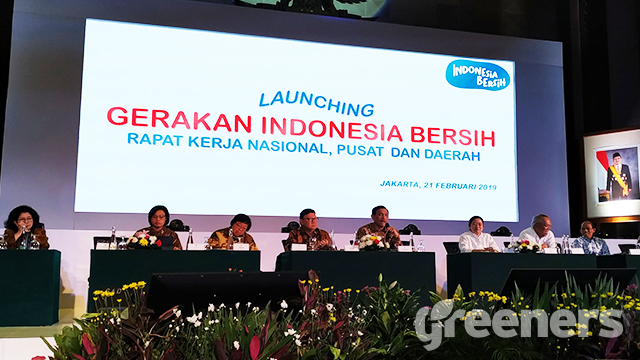 Furthermore, Minister Pandjaitan called for regional governments to actively produce policies and regulations that fit with their own areas.

“The reason behind the National Waste Care Day is that it has become a crucial issue. We claim that we’re religious country but we don’t care when our environment is polluted,” he said. “So, please, ladies and gentlemen (at the regional) to be knowledgeable that plastic can dissolve into microplastic, dangerous for human consumption which could lead to stunting.”

In addition, the government launched Clean Indonesia Movement targeting to change the country’s sanitary profile in the next two years.

Meanwhile, Minister of Environment and Forestry, Siti Nurbaya, said that Clean Indonesia Movement is an important move to establish collaboration with other parties to tackle waste issue.

Minister Siti also underlined that the National Waste Care Day is the momentum to raise awareness on the complex issue of waste management.

“The national and international concerns on waste are plastic waste with its impacts on humans and animals. Indonesia, for instance, where its dominant plastic waste comes from tourism sites, such as Bromo-Tengger-Semeru National Park with 56 percent, and organic waste is only 14 percent,” she said. “Hence, Indonesian government is determined to tackle marine and plastic waste in Indonesia.”

Sri Mulyani, Minister of Finance, said that the ministry will provide incentives for regional administration that issued regulations to reduce plastic use.

In addition, the ministry is currently preparing plastic tax policy to reduce plastic waste. The plan is still in discussion with ministry of trade.

“We are trying to collect fiscal to deal with this plastic (waste) from plastic tax which has yet being incorporated and still in discussion with the Ministry of Trade, though DPR has given its approval in the state budget allocation,” Minister Mulyani said. “Furthermore, from the regional laws point of view, how regions can compile all these regulations about waste and reduce plastic use, we will provide Regional Incentive Fund, which could support to implement such policies.” 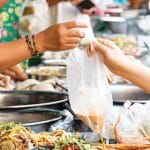