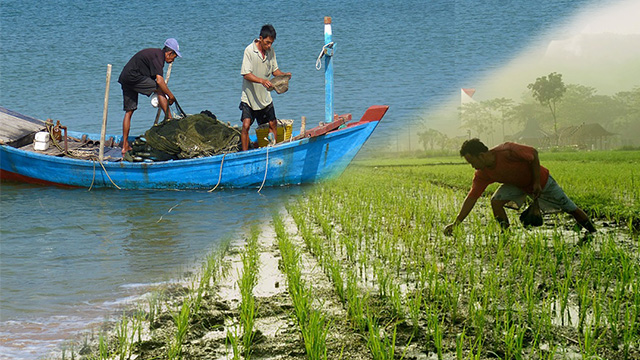 Jakarta (Greeners) – For the past three years of Joko Widodo-Jusuf Kalla administration, infrastructure development which has been the core of its policy has instead put more threats on farmers and fishermen as food producers, said activists, in Jakarta, on Thursday (19/10).

Female Solidarity and People’s Coalition for Fisheries Justice (KIARA) argued that within the ideas of maritime axis and agrarian nation as Indonesia’s identities, farmers and fishermen’ rights have, on the contrary, been neglected.

Food is not just about resilience or production target, but also the welfare of its producers, which was reflected on problems faced by agriculture and fisheries industries and there were no serious efforts to solve them, said Susan Herawati, secretary general of KIARA.

In fisheries, protein supply from fishes has been under threats by environmental degradation practices in coastal areas of which being legitimated by the state.

Furthermore, she said massive reclamation practices through the country has reached up to 24,134.66 hectares by October 2017.

Other example of traditional fishermen of Romang Island, Maluku, rejecting sand mining practices in their areas fearing it would destroy the catching areas. Instead, they were facing intimidation for refusing the mining company.

Up to date, ocean has been treated as a huge landfills for domestic and companies.

“Four big projects, — reclamation, mining, tourism, and conservation –, on coastal and small islands have bad impacts on fishermen regeneration in Indonesia,” she added.

Statistic Agency (BPS) recorded a decline of fishermen household to 46 percent for the last decade.

Fishermen as food producers have been protected under a law issued in 2012 but it does not provide specific details and protection as food consumers.

Fishermen’s identification under the law on food is not compatible with current situation of traditional and small fishermen.

The issuance of the law on fishermen protection and empowerment in 2016 which was expected to provide answers on legal necessity to protect people living in coastal areas has not been able to do so, especially on pollution, environment destruction, welfare issue and impact on climate change.

On agriculture, land use change to plantation, such as oil palm, sugar cane and corn in Ogan Ilir of South Sumatra, Poso in Central Sulawesi, Mantangai in Central Kalimantan, among others.

It went through involuntary land release pattern under the guise of development.

“Conflicts between companies and people have negative impacts to local people especially women, including environment destruction, lost of livelihood, and reproduction issue due to toxic waste,” she said.

On land limitation, Diah S. Saminarsih, founder of Center for Indonesia’s Development Initiatives (CISDI) and Special Staff for Ministry of Health on Partnerships Empowerment and SDGs, said that high population forced stakeholders to be innovative in solving food and land issues.

“With limited lands and growing population, how will the government make use of those areas. Production and consumption needs to be considered,” said Saminarsih.