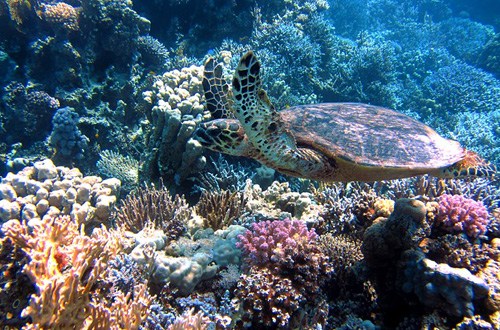 Jakarta (Greeners) – Despite of being stipulated by the law, information on marine conservation and research in Indonesia are still difficult to get resulting to waste of time, energy, and money, said a senior scientist, in Jakarta, on Tuesday (21/6).

Iskandar Zulkarnaen, head of Indonesian Institute of Sciences (LIPI), said that lack of information had also resulted to the inability to produce accurate and proper policies in relation to marine conservation and research.

As a result, his institute has been collecting data on population and types of marine biodiversity in Indonesia which are still rare compare to terrestrial data. With current marine data, Zulkarnaen added, it would be difficult to monitor its biodiversity.

READ ALSO : Management of Seven National Marine Parks is Under Ministry of Environment and Forestry

“We still do not have accurate data on [marine] biodiversity and we are still concentrating on developing its data base. If the data was not gathered properly, we would not be able to see the trends of its growth or [monitor] the damages,” he said adding that they already have better data for coral reefs compare to other marine species.

Darmawan said that National Development Planning Agency (Bappenas), LIPI and other agencies have mapped out Indonesia Biodiversity for the next ten years but it is still collecting data.

“Currently, the government is encouraging for one map policy which aimed to be a single source to determine and produce policies. It is resulted from ministries and other agencies tend to issue different data of their own,” he said.

“With one map policy, data from different departments and agencies will be concentrated and integrated. It would be easier then to collect data of marine biodiversity. We are currently discussing this at the ministry of marine affairs and fisheries,” he said.

Oceanography Research Center, under LIPI, has been appointed by Geospatial Information Agency, as the data guardian for Coral Reef and Seagrass Ecosystem.