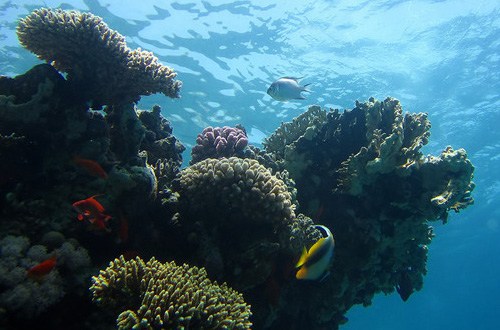 Jakarta (Greeners) – Minister of Environment and Forestry Siti Nurbaya Bakar said that seven marine national parks management will be under her office authority as concluded at the limited meeting with the President. Minister Siti added that President Joko ‘Jokowi’ Widodo had instructed Ministry of Environment and Forestry to cooperate and synergy with Marine and Fisheries Ministry and Tourism Ministry.

“The result of the meeting had instructed us to improve synergy among those ministries,” she said to Greeners in Jakarta on Thursday (31/3).

As a follow up, Minister Siti said that she would called in technical unit heads of seven national parks and heads of forest and land fires concentration units to strengthen marine national park management.

“This is important because protecting marine national parks is not about saving biodiversity but also generate economical income for people in coastal areas,” she said.

“I stressed out the importance of synergy between ministries and institutions, between marine and fisheries ministry that manage marine conservation, ministry of environment and forestry and ministry of tourism,” said President Jokowi.

Consequently, President instructed ministry of tourism to ‘make up’ the national parks suitable for tourism destination and intensify the promotions. He also added Ministry of Education and Cultural with local governments to educate children to love the sea and oceans and protect the national parks and its ecosystems.