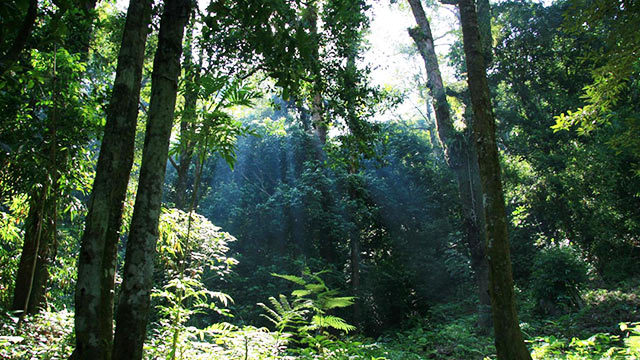 Jakarta (Greeners) – Proper development of biodiversity parks will increase local biodiversity and support plants and animals conservation outside forest areas. In addition, the parks can also protect endangered plant species and its pollination in secondary forest areas due to land use changes especially in areas between 0 and 1000 meters, said director of Essential Ecosystem Management at Ministry of Environment and Forestry, Antung Deddy Radiansyah, in Jakarta, on Thursday (30/3).

Up to date, there are 72 parks have been established in the country with 15 already formed its own institution and declared as essential ecosystem areas.

READ ALSO: Botanical Gardens Not Only Aim for Research

Biodiversity parks, he added, applied the concept of determining locations of endemic and endangered plants or planting plants with its supporting ecosystem to protect the relationships between plants and their pollinators to produce strong and healthy seeds.

Roemantyo, ecologist and conservationist from Biodiversity Foundation or Kehati, said that local means plants used in local areas meanwhile endemic refer to plants originally coming from the areas and could not be found in other places.

“Endangered means plants categorized under international institution such as International Union for Conservation of Nature (IUCN) as hard to find species,” said Roemantyo.

The difference between biodiversity parks and botanical gardens, he said, laid on the species planted in the areas. For biodiversity parks, the focus is saving local species from biopiracy and also serves as the catalog for local genetic resources information. Meanwhile, botanical gardens usually serve as research sites and store as many as collections as possible for scientific purposes.

Based on Ministerial Regulation issued in 2013, biodiversity park is defined as local natural resources site outside forest areas with in-situ and/or ex-situ conservation roles, especially for plants which rely on pollination, that support their sustainability.