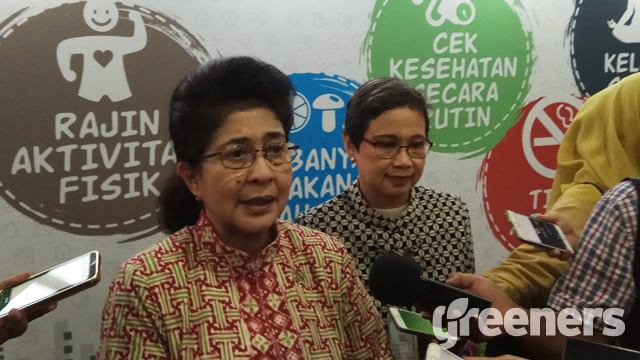 Jakarta (Greeners) – Ministry of Health launches Productive Health Female Workers Movement with three other ministries, — Ministry of Home Affairs, Ministry of Labor, and Ministry of Women’s Empowerment and Child Protection– to protect working female to nurture their children and provide income in the family.

Minister of Health, Nina Moeloek said that the program was a joint effort of government, public and entrepreneurs to increase awareness and roles to improve female workers’ productivity.

“The aim of the program is to increase health and nutrition state of female workers to achieve maximum productivity as their safety is the main target. They need to be ready to be pregnant, look after their children’s health. In addition, they also need to know how to educate and protect their children in the first 1000 days,” said Minister Moeloek in Jakarta on Wednesday.

Furthermore, cooperation with Ministry of Women’s Empowerment and Children Protection was important to fulfill the needs such as clinic, breastfeeding corner and breastfeeding room in the companies.

“With all four ministers, we’re also speeding up the Worker Health Effort Post for informal workers, such as in Yogya. If formal companies implement the program properly then they will receive awards from Ministry of Health which will be given annually,” said Rustandi.

Based on 2003 Law on Labor, rights of female workers including menstrual leave on the first and second day. In addition, female workers have the rights for leave before and after giving birth.