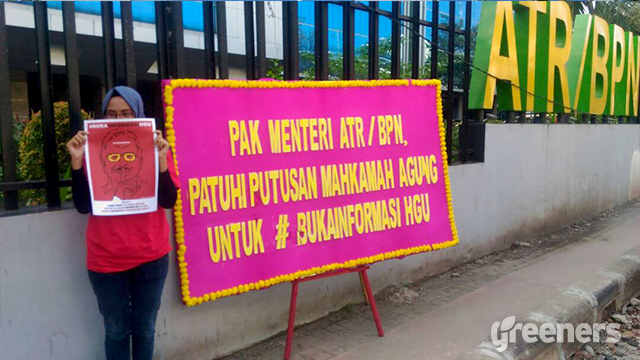 Linda Rosalina, campaigner for FWI, said that land ownership and its resources aimed for Indonesia’s welfare, hence, opening up the documents on HGU will smooth public participation in identifying lands suitable to distribute to people.

“It is in line with government’s effort to implement Agrarian Reform and development acceleration agenda. No one in the losing end by opening this documents,” said Rosalina.

Action Coordinator, Anggi Putra Prayoga, said that the fight for open information on oil palm plantation permits, for the past two years, had favored FWI to gain access on the permits against Ministry of Agrarian Affairs and Spatial Planning/National Land Agency by Supreme Court on March 2017.

“The Supreme Court decision is final and legally binding, meaning that the ministry is compulsory to open the documents. Unfortunately, it has been three months since the decision and no good faith to discuss on the mechanism to open those documents,” said Prayoga.

Based on National Land Agency data in 2010, 56 percent of national assets owned by only 0.2 percent of Indonesians, of that number 62-87 percent is land ownership. In addition, Transformasi untuk Keadilan (TuK Indonesia) released data in 2015 that 25 groups of oil palm companies owned by conglomerate had covered 31 percent of lands or 5.1 million hectares from total oil palm plantation in Indonesia. It means there’s still a gap in land ownership.

“The agrarian gap, in terms of structure, has become a factor to boost increasing welfare gap and conflicts. It is also adding to overlapping permits issues into agrarian conflicts,” said Prayoga.

Meanwhile, Roli Irawan, Director of Land Rights Management and Establishment from the ministry, said that the decision was still under internal discussion at the ministry.

Furthermore, Irawan said they need to formalize technical guidance on the mechanism and public information services at the ministry. “We promise to comply to Supreme Court’s decision,” he added. 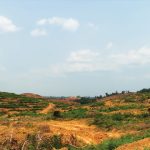 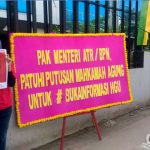