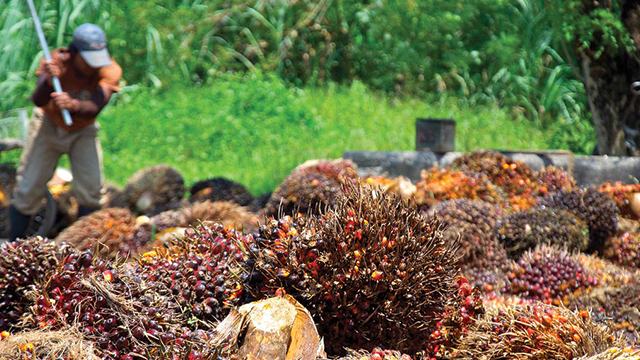 Furthermore, Moniaga said the bill is not aiming for people’s welfare or palm oil farmers because it will only profit corporation. The bill, she added, is not the solution for palm oil issues in the field.

“The palm oil bill will not be a priority according to the Decree of People’s Consultative Assembly issued in 2001 on agrarian reform and natural resources management, there is no recommendation to add sectoral laws, especially on specific species. Indonesia has diverse ecosystem, without accurate calculation, who’s benefiting from the palm oil bill,” she said in Jakarta on Wednesday (10/04/2019).

She said that palm oil conflicts have close relations with human rights violations.

Based on data between 2014-15, five out of 40 communities investigated are involved with palm oil related conflicts.
Referring to the bill, she added, there are no clauses supporting the communities or farmers in the conflicts.

“Hence, urgent matters now in Human Rights National Commissions about palm oil is to deal with conflicts. As long as Indonesia does not find solution to the conflicts, comprehensively, then we will be burdened by conflicts, 90 percent of indigenous peoples is not acknowledged,” she said. “The bill also poses the questions on whether it is in line with constitutions because policies need to be based on human rights and environment protection. Without those, there will be no sustainability and does not reflect Indonesia’s diverse culture, customary laws, and ecosystem.”

Meanwhile, Andi Muttaqien deputy director for advocacy of The Institute for Policy Research and Advocacy (ELSAM) urged to stop the bill as it will not beneficial for people and farmers. Muttaqien said that the bill has potential to create conflicts of norms as the substance has already been regulated in the plantation, commerce, and environmental protection and management laws.

Furthermore, the bill provide clemency for corporate crimes, meanwhile lack of protection to independent farmers and plantation workers. He also underlined the bill will worsen the land conflicts in palm oil plantation sector and threaten forests and peatlands.

“From the total 105 clauses in the bill, only one clause stated the word “farmer”. It indicates that the bill is not about farmers’ welfare but it’s the other way around,” he said.