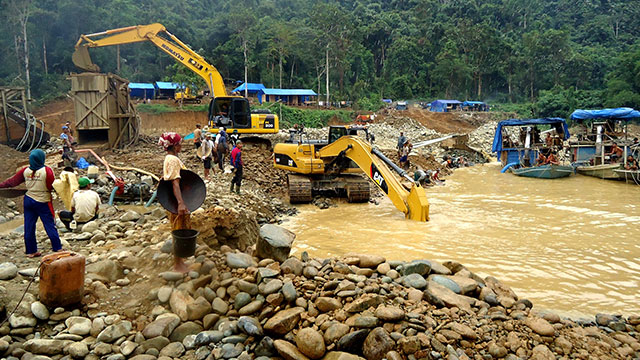 Jakarta (Greeners) – Minister of Environment and Forestry Siti Nurbaya met Commission VII House of Representatives to get Minamata Convention on Mercury to be ratified.

Mercury has become global attention after Chisso Minamata Factory dumped mercury waste to Minamata Bay for 12 years, between 1956 and 1968, with a total of 80 to 150 tons. As a result, the pollution had led to neurological disease and growth deficiency to children and adults living in the bay.

“In Indonesia, mercury used in small gold mining found in Mount Botak of Buru island, Maluku, had caused the loss of livelihood for farmers and fishermen, social conflicts and deaths for miners due to work accidents,” said Minister Siti in Jakarta on Tuesday (18/7).

Furthermore, Siti said that Indonesia had issued two government regulations on mercury, — on toxic substance management issued in 2001 which categorized mercury as dangerous substance and limited use and a regulation issued in 2014 which stipulated for mercury waste management.

To strengthen the policy to become a law, Ministry of Environment and Forestry held an inter-ministerial meeting to harmonize between ministries and request for presidential decree. Then, following parliament mechanism to agree on the bill and signed by president.

“We will review and conduct public consultation to perfect and strengthen the substance, justify mechanism and arguments, case underlining, data and inventory, anticipation on the impacts, and stages of Minamata Convention Bill Ratification,” she said.

Deputy Chair of Commission VII, Satya Yudha, said that it would need to strengthen the policy to protect people from impacts of mercury.

The ratification, he added, was state’s chance to protect people from dangers of mercury.

“Ratification is needed for people to understand and aware on dangers of mercury,” said Satya.