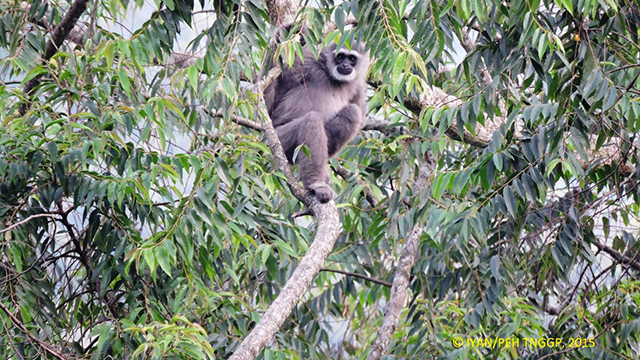 Furthermore, he said that Javan gibbon was one of the 25 priority species aimed to ten percent of increase population in 2019, from the baseline of 2013.

There are 98 Javan gibbons in Bodogol Monitoring Site in a total of 2,759 hectares with population density of 11.11 gibbon/square kilometers.

“The activities are done with other partners, such as Conservation International Indonesia, universities, and Javan Gibbon Foundation, Perth Zoo Australia, volunteers of Gede Pangrango National Park, Gedepahala, and local people,” he added.

Director general of Natural Conservation and Ecosystem, Wiratno, welcomes the news considering the monogamous trait of Javan gibbon with the ability to breed only once every three years with seven months pregnancy.

Based on International Union for Conservation of Nature (IUCN), Javan gibbon listed as endangered and protected species under a government regulation issued in 1999. Meanwhile, CITES categorized the species into Appendix 1 as banned for international trade.

“Javan gibbon natural birth is one of the indicator for healthy habitat and potential to breed Javan gibbon,” he said. “Hopefully, in the future, Javan gibbon population can be protected and increase. Besides Javan gibbon, other species are prioritized to be monitored in national park, including leopard and Javan eagle.”