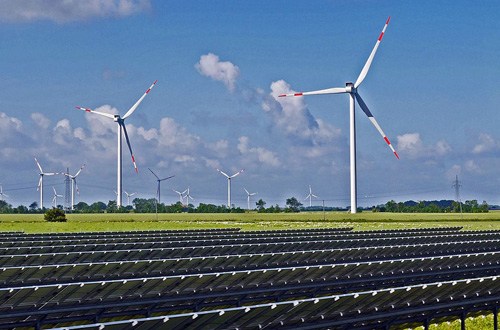 Jakarta (Greeners) – Amid increasing development for renewable energy and abandoning fossil fuel in US, India, China, and Germany, instead, Indonesia announced coal as primary energy in the country.

Syahrul Fitra, legal researcher of Auriga Nusantara, said that 35,000 Gigawatt Coal-Fired Power Plant program was the reality that Indonesia rely on its 60 percent of energy mix from coal although its reserve only less than three percent from world’s reserve.

“Furthermore, domestic investment is still focusing in coal though its price has been declining in the international market,” said Syahrul in Jakarta on Monday (25/4).

Agus Saptono, senior official at Energy and Mineral Resources Ministry, said that the government has yet to tap into renewable energy.

Saptono cited that the country has the potential of 29 Gigawatt from geothermal but only managed to tap into 1.44 megawatt or five percent.

“In addition, other renewable energy sources of 75 Gigawatt and solar panel of 800 Gigawatts. The potential is tremendous however the management must be developed to fulfill out electricity consumption,” he added.

Director Manager of Oil Change International, Elizabeth Bast, said that developed nations, such as Germany, Scotland, and Denmark have started to develop renewable energy. In addition, China which is world’s largest coal producer has been invested on clean energy in 2015.

Bast said that Indonesia’s problem with capital investment is that the country rely much on mining industry which was in stark contrast with global trend where developed and developing countries have agreed to limit coal use and turn to clean energy.

“Renewable energy needs huge funding only at the beginning but it will become cheaper in the process. It is why investment is crucial in renewable energy development,” she said.