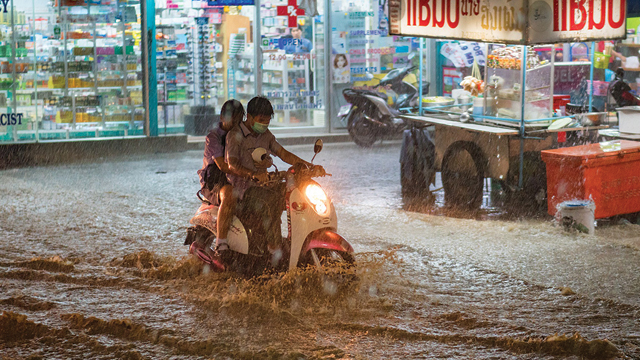 “For the past last days, it shows activities of cool air mass from Asia (Asian winter monsoon) which significantly affecting rainfall increases in Indonesia. In addition, it is predicted that there will wet air mass flowing from western part of Indian Ocean to western part of Indonesia known as Madden Julian Oscillation, for next week,” said Mulyono R. Prabowo, deputy of Meteorology at the agency, on Monday (10/12/2018).

Prabowo said that the interaction between the two phenomena added with high activity of tropical disturbance, such as wind circulation and intersection can cause and increase the potential of heavy rains with thunderstorms, especially in Sumatra and Java areas.

He added Bali, West Kalimantan and Central Kalimantan, and Maluku will also experience heavy rains during this period.

Furthermore, the agency reported that a potential of high tide, between 2.5 to four meters, will happen in northern areas of Natuna Islands, western areas of Simeulue Islands to Mentawai, Bengkulu – Enggano areas, western coastal areas of Lampung, Indian Ocean south of Java to Lombok.

“Climate change, one of the indications, is the increase of extreme weather, such as temperature and extreme rainfall. Extreme rainfall is potentially leads to disasters, such as floods, hurricanes, among others,” he said to Greeners on Tuesday (11/12/2018).

Furthermore, he said that climate change indication on rainfall can be measured based on the rainfall for the past 30 years in different locations.

Based on climate data in November in Tasikmalaya, accumulated rainfall reached the highest with 1,325 millimeter in one month in Karang Nunggal. The highest wind speed was 43 kilometers per hour in Aceh, the lowest humidity was 41.8 percent in Jatiwangi of West Java, meanwhile the longest dry days were 149 days recorded in Bendungan Kelara of South Sulawesi.

“In conclusion, the average quantities of each region are not the same because each region in Indonesia has different weather. But, it can be concluded that recent rainfall, its intensity and accumulation, is affected by climate change,” he said. 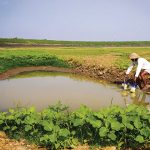 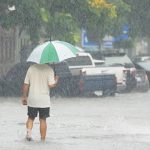 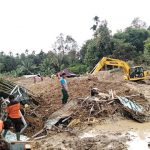