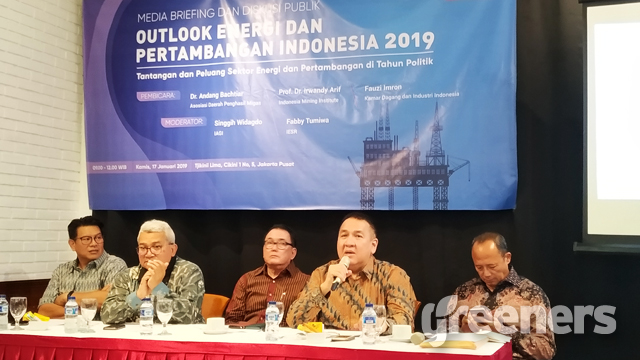 Jakarta (Greeners) – Indonesia Mining and Energy Forum (IMEF) argues that renewable energy in the country is far from achieving its targets, including eight percent of renewable energy, electricity and non-electricity, by the end of 2018. The target is announced as part of 23 percent of national target in the National Energy Plan or RUEN.

In addition, it also failed to meet the-16-percent target stated in the 2015-19 Mid Term National Development Planning and the failures to issue the mineral, energy, and coal bills by the government and House of Representatives.

Fabby Tumiwa, director executive of Institute for Essential Services Reform (IESR), said that the government is still trying to reach the 23 percent target through electricity and liquid fuel.

“For liquid fuel, of course, there’s B20 and it will aim for B30. Then, there’s the discussion to develop green diesel in the future, though I have no clue what kind of green diesel. I think it will push for renewable energy fuels. However, we need to push more electricity as it’s way behind. We targeted 35GW by 2035,” said Tumiwa in Jakarta, on Thursday (17/01/2019).

Furthermore, he said that renewable energy power plants development between 2015 and 2018 is below 250 MW per year, in average. Lower compare to 2010 and 2014 development.

The current condition, he said, will make it harder for the government to achieve the 23 percent target by 2025 as stipulated in the presidential decrees issued in 2014 and 2017.

“Hence, the government needs to set up strategies, plans, annual targets to achieve the renewable energy mix targets as stipulated by Energy Law, National Energy Policy and RUEN,” he said.

The inconsistency in the policies and regulations related to renewable energy for the past two years have increased the risks for investors and developers of the energy.

These issues scare away foreign investors to other countries with clearer regulations for them.

“One of the obstacles in renewable energy industry is the inconsistency of regulation. Within one to the last two years, there were three changes of ministerial regulations on renewable energy. Meanwhile, foreign already set up investments based on previous regulations, need to change again because of the changes. So, the government need to think macro, that the key is not just regulations, but the money and investors,” said Fauzi Imron, a member of IMEF and representative of Indonesia’s Commerce and Industry Chamber (KADIN) for New and Renewable Energy.

Furthermore, Imron said that electricity from renewable energy from private sector is depending on the availability and demand of PT PLN as the owner of business and electricity network.

“However, they failed to increase growth of renewable energy development. Are we willing to depend on PT PLN if this continues on?” he said. 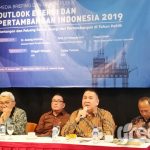 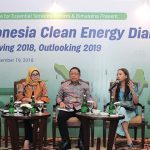 25 Mar 2019
WWF: Rivers in Indonesia are in Critical Condition
News In EnglishMore News in English