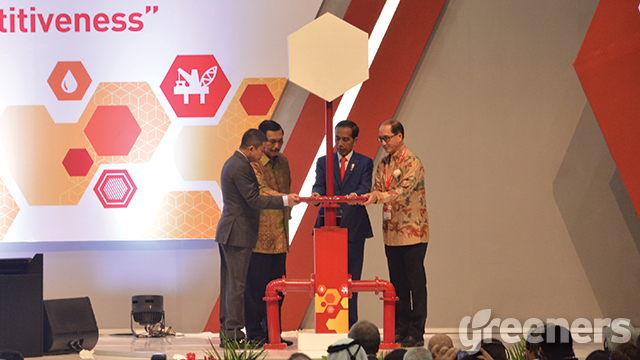 Jakarta (Greeners) – Indonesia secured US$ 111.08 million of investment at the 42nd Indonesian Petroleum Association, said a senior official in Jakarta, on Friday (4/5).

Head of Oil and Gas Commercialization Division, Oil and Gas Special Working Task (SKK Migas), Waras Budi Santosa said the contracts will ensure the demands of natural gas for industries, including fertilizer, oil refineries, electrification, and natural gas network for the next two and ten years.

“No more point to point but it is multi destination. So, one contract not only for one factory or industry but can be used for four factories in the areas. With deregulation, it is expected that the process for new field, from planning to on-stream will only need five years, faster that average eight years,” said Santosa.

“It is preferably that oil and gas is no longer the source of revenue but Indonesia’s economics energy by reducing profit sharing for government to impact industrial growth,” he said.

“In other countries, gas price can decrease to 60 percent in the past few years, meanwhile Indonesia has never experienced any decline [for the price],” said Safiun.

As high price of natural gas, then the industry can no longer suppress production cost and eventually lead to lack of interests from investors. Hence, it will reduce the contribution and slowing employment rate.

Jobi Triananda Hasjim, Director of PT Perusahaan Gas Negara (PGN) said that long gas distribution chain is the main reason for high price on domestic gas price. One of the efforts to tackle the price issue, said Hasjim, is to improve gas infrastructure and cut distribution process from upstream to end users.

“Most of the time, the distance between the industry as end user and the supply is far resulting to the cost of energy is expensive. If we can bring the industry closer to upstream then the cost will be cheaper,” he said.

On corporate level, he said that to improve oil and gas management is establishing a holding company, especially in gas sector. With Pertagas included in PGN, then it can increase distribution of capacity and national gas industry business. “At the end, gas will be reaching to more people,” he said. 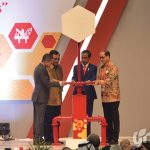 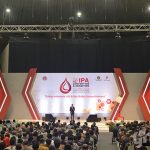