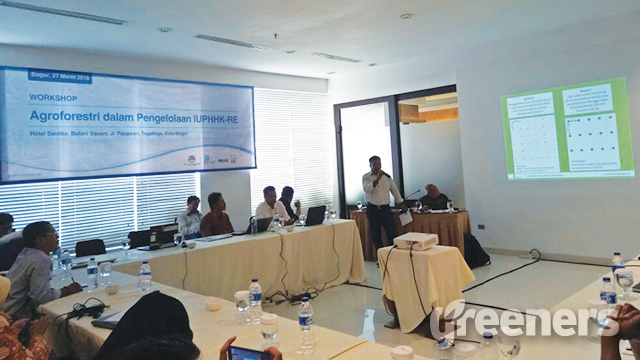 The method is being granted on areas under Restoration Ecosystem, which is trying to restore ex-mining areas, degraded and critical lands, to return to its functions.

“Agro-forestry can be offered as land conflict resolution between permits owner of Restoration Ecosystem (IUPHHK-RE) and people living in the forest areas, for instance by establishing an agreement of land management through agro-forestry and benefit sharing system,” said Team Leader Program Darwin Burung Indonesia, Mangarah Silalahi, in a press release.

Furthermore, Silalahi said that agro-forestry in Harapan Forest was in the early implementation and was developing five cooperation models with local people.

The seminar is facilitated by Burung Indonesia collaborating with Ministry of Environment and Forestry and Restoration Ecosystem Working Group and Darwin Initiative to serve as lesson learned platform among agro-forestry practitioners in RE concessions, to gain support from government and related parties.