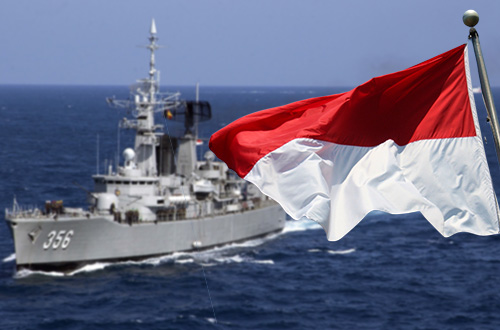 Arifsyah Nasution, ocean campaigner of Greenpeace Indonesia, said that the reports have yet to reveal the reality in Indonesia at the international forum considering many issues were not brought up including reclamation projects in Jakarta Bay and Tanjung Benoa, which were turning into real estates.

“There are also mining projects undergoing in small islands, Bangka island case located in coral triangle. It shows that the government has no projection on how to manage sustainable marine resources. It is impossible to put mining and tourism together,’ said Nasution at the sideline of the Summit.

Furthermore, he said the programs explained by coordinating minister of maritime issues were not new but old projects which have been halted. He had hoped the government to stop reclamation projects, either for harbors or properties.

“There is nothing new from government’s perspective on sustainable ocean management. So, it might as well continue on previous commitments,” he added.

During Q and A session, VP Kalla said that sustainable ocean management should be supported by firm law enforcement which had been shown by Indonesian government through its actions on illegal, unreported, and unregulated fishing (IUUF).

“Indonesian government has been giving huge attention toward maritime sector as it had contributed 20 percent of gross domestic product (GDP),” said VP Kalla, “It also provides 11 percent of the total employment in Indonesia. It is dangerous to lose that contribution.”

Meanwhile, Coordinating Minister for Maritime Issues, Luhut Panjaitan said that 70 percent of the total areas dominated by oceans. But, due to vast areas, Panjaitan explained that it would not be an easy task to manage the country with diverse culture, religion, and customs such as Indonesia.

“Currently, Indonesia has managed to fight illegal fishing, pirates, among others threatening our marine ecosystem. It needs to be maintained to support economic growth. Environment issues need to have special attention,” said Panjaitan.

On reclamation, he asked for stakeholders not to hold prejudice, especially on two high profile reclamations, — Tanjung Benoa and Jakarta Bay — as both of them were under review.

From technical perspective, he added, studies for Jakarta Bay had been conducted long time ago by port of rotterdam.

“For Bali, the review may be finalized next month. We do this to protect Bali,” he said adding that Jakarta’s review should have been finalized by now. ”

“It is all for our environmental sustainability. So, don’t be prejudices,” he said. 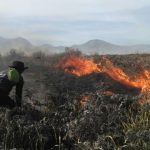