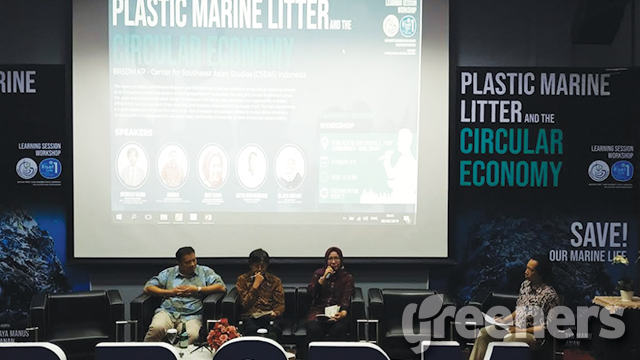 “In 2017, the government had promised investment of one billion dollar per year to tackle plastic waste and aim to reduce to 70 percent in 2025. This is not a small number. Our government is showing domestic and international commitments. Are we ready to take up this challenge?” said Maman Hermawan in Jakarta on Wednesday (06/02/2019).

“Circular economy in fisheries sector is similar to blue economy. We capture fish or process one tons of fishes in the market has less value because we just sell fish meat. With blue economy and circular economy, fish will be processed by making use all part. Normally, the bones or scales will be thrown off but with circular economy, all parts of fish have values,” he said.

Furthermore, he said that those parts of fish can be turned into other products such as collagen and fish oils for margarine. These processing have been implemented in Japan, China and Vietnam.

“In Vietnam, fish meat can be used as fillet and its oil can be raw material for margarine. It indicates that the products made from wastes have higher values than fish meat. This is circular economy. If everything is linear, then we will push (circular economy),” he said.

Meanwhile, executive director for Center foe Southeast Asian Studies, Arisman, said that circular economy in fisheries requires commitments, willingness and collaboration from all parties. Arisman said circular economy has only being discussed at the waste management level and not all are willing to implement the method.

“The circular economy in fisheries industry can come from the products, however, it will feel hard if only industry is talking. If aiming to plastic waste, the ministry needs to be concerned about wastes stuck in fishermen nets which can be turned into other products. This requires skills. Or, packaging from the products no longer using plastics,” he said.

Furthermore, he said the ministry wants to push circular economy in fisheries so there’s a huge commitment especially from the industry.

In addition, he said the ministry no longer aiming on small producers for circular economy.

Blue economy is initially launched under President Susilo Bambang Yudhoyono during his speech in Leaders Valuing Nature, in Brazil, June 2012. 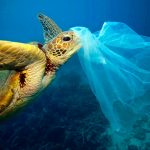