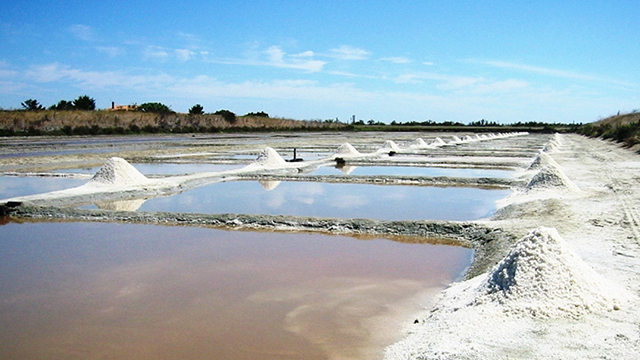 “Currently, [the expansion] is on clean and clear phase in Indonesia and there are lands producing nearly 10,000 hectares. If this is working, we are optimistic there will be investors opening up lands in eastern regions to achieve 40,000 hectares,” said Deputy of Natural Resources and Service Coordination, Coordinating Ministry of Maritime, Agung Kuswandono.

Furthermore, Kuswandono said that coastal areas in those regions are suitable for salt flats due to high quality of sea water as the raw materials. This, he added, would increase the quality of salt production.

“Madura’s sea water, unfortunately, has already been contaminated. However, we must be honest, of which is why the expansion leads to eastern [part], as the seas are still in good condition. NaCl (sodium chloride) content is higher than in Australia’s beaches ,” he said. “Meanwhile, in Madura and its surrounding neighborhood, we will be focusing on intensification.”

He said that the expansion is expected to increase national salt production which could only reach 1.2 million tons, far below national consumption of 4.4 million tons as suggested by Statistic Agency (BPS) in 2017.

The expansion, he said, is also aimed to meet industries’ demands. “Salt entrepreneurs have been consuming salt intended for public. The better the quality then it would be easy to increase the grade,” he said adding that supplies for industries have been covered through import, especially pharmacies.

“Industries have the rights to set up certain criteria on the salt they want to purchase. For example, for pharmacy industry, the NaCl composition should be above 99.5 percent, however, our grade is still 80 percent,” he said.

“Our initial commitment is to use domestic salt however it’s still unavailable so we must import it,” said Debbora Novita, Chief Operating Officer PT Satoria Pharma.