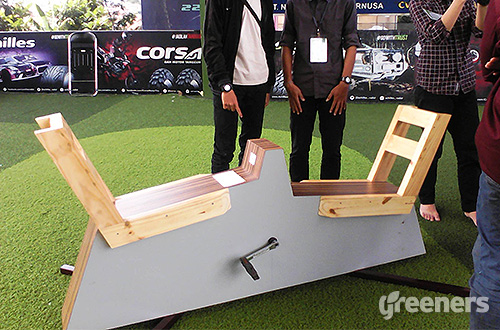 Bandung (Greeners) – Gadgets, such as smartphones, laptop to tablet, have become daily necessities which provide a new problem for their users in accessing electricity in public spaces.

A group of college students of Information and Autonomous Control System Laboratory (INACOS), Telkom University, working together with Schneider Electric Campus Ambassador, created a charging station powered by bicycle at a city park, Bike for Charge.

The Bandung Park Charging station was launched at Bandung Film Park on Sunday (18/12).

The project is aiming to create one device to produce electricity using kinetic energy from cycling or solar panel use.

“People abuse energy, we consume and we pay. But, we should have started to manage electricity, wisely. The device is giving the message that to obtain electricity is difficult and needs efforts,” said Zanuar Galang, head of the Grand Launching Bandung Park Charging Station.

The Bike for Charge was inspired by the same project applied in Paris and Amsterdam.

Gadget users need to pedal the Bike for Charge where the energy transformed into electricity and charged their electronic devices. Bike for Charge has two seats capacity with one pedals to produce one to 2.1 ampere of electricity.

During pedaling, electricity will be produced but it won’t last long after stop pedaling.

“Bike for Charge is only a prototype and needs improvement and it costs four million per unit. We hope the next development, we can cut production cost and produce it massively,” he said hoping that it could educate people on energy management.

“People usually don’t like to go to parks as there are no charging stations. With this Bike for Charge, it can be an added facility, for hangout, charging and sports,” she said hoping that it could be replicated to other public spaces. 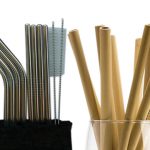