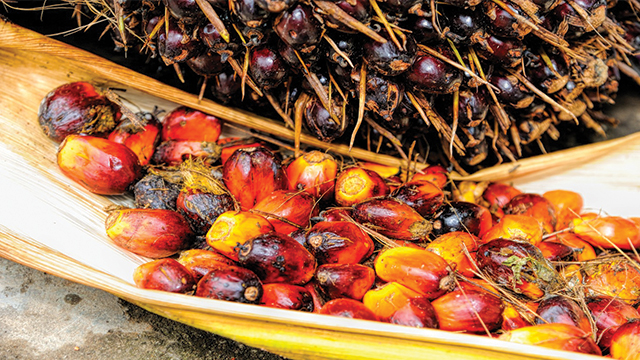 Jakarta (Greeners) – Green activists under #Vote4Forest slammed majority of law makers who have been pushing to pass palm oil bill arguing that it will only profit palm oil companies.

The bill is currently included in the National Legislation Priority program 2019.

“Despite of the problematic and arguments, along with rejection from the government, twice, lawmakers insisted to discuss about the palm oil bill. Even in the 2019 Prolegnas, this bill was included in the discussion under the pretense to protect national interests,” said Surya in Jakarta on Wednesday (10/04/2019).

Furthermore, he said that palm oil industry in Indonesia is controlled by non-Indonesians conglomerates with low compliance to pay taxes.

Based on data from the anti corruption commission or KPK between 2015-19, taxes from palm oil dropped drastically with only individual tax reaches 6.3 percent.

Based on the Statistic Agency in 2017, at least 91 percent out of 1,799 palm oil plantation companies in Indonesia is large scale plantation owned by private companies.

“Our money being laundered for personal interests but they want to discuss on this mediocre bill of palm oil. Other bills like indigenous peoples and conservation to tackle issues and obviously urgent are being sidelined. We see the government seems to lose its orientation, which one is for the people and the one for the party,” he said.

Based on the assessment from #Vote4Forest coalition on lawmakers’ political track records for 2014-19, it is reveals that 30 lawmakers are actively engage in the palm oil bill discussion, 28 out of the number are running again for the 2019 election.

From 28 members, 13 of them are coming from regions where large palm oil corporations are having conflicts with different frequencies.

“The attitude of DPR Legislation Council on palm oil bill is not entirely determined whether there’s large scale palm oil corporation and conflicts in the voting regions. However, it is also being influenced by the political party that supports them and in connection with political party funding from large palm oil corporations or client patron owned by these legislative council members,” said Adrian Putra of WikiDPR, a watchdog organization of DPR.

The research also shows 53 percent of council members is indicated to support the bill to be passed, 36 percent neutral or does not show partisanship and 11 percent rejects to further discussion.

Tracking the relation and ownership of palm oil business in the political party structure involved in the palm oil bill, at least six parties with high ranking officials are identified to have relations with palm oil business. In addition, four fractions with the tendency to support the bill are, — Golkar, PDIP, Nasdem and Hanura –.

Putra said that several high-ranking officials own or have relations with palm oil industry.

“The political tie will keep on pushing to accommodate business interests in the regulation produced by legislation, including this bill. Even Golkar party and PDIP are the promoters of palm oil bill,” he said.

Rahayu Saraswati, member of Commission VIII and BKSAP 2014-19, said that nearly all decisions are high levels, such as leader of the party, fraction leader, fraction secretary, or commission leader. It is not often decisions making based on individuals or members of legislation.