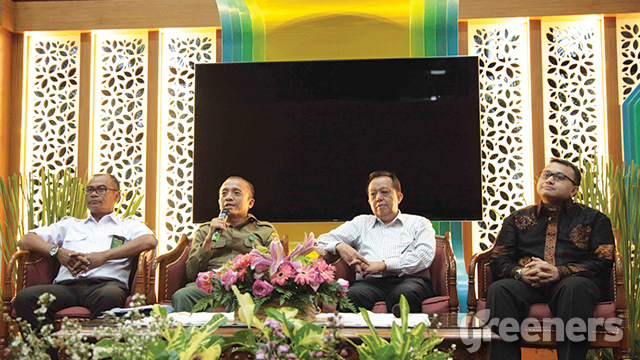 The company which a part of April Group will include peat protection and rehabilitation on its Business Working Plan or locally known as RKU.

Secretary General of Ministry of Environment and Forestry, Bambang Hendroyono, said that the company can now operating normally as they have agreed to revise its RKU, however, they would not be allowed to plant acacia or eucalyptus trees on Peatlands Protected Ecosystem Areas of its concession.

Hendroyono dismissed the news that the company’s permit revoked had caused tension in the field.

“The bottom line is that the government ensure industry’s business sustainability as long as they are going in line with regulations stipulated in Indonesia. PT RAPP promised to revise its RKU im accordance to government regulation on peatlands recovery. We gave them time to finalize the RKU and must be submitted by October 30,” he said.

Director general of Sustainable Production Forest Management, Ida Bagus Putera Parthama, said that the meeting revealed options from the ministry of which, unfortunately, was not responded well by the company. Instead, the it was highlighting on the unemployment issue.

On RKU, said Parthama, will be shown how vast the areas potential for land swap based on concession areas included as peatlands ecosystem and primary plants inside of the protected peats areas. Meanwhile, for peats recovery, the areas will be planted with adaptive plants to protect the dome.

“It’s too far to talk about layoffs. The factory will not be disturbed up to next five years. Meanwhile, we can go through steps to secure raw materials as stipulated by Ministerial Regulation issued in 2012,” he added.

Meanwhile, Director Corporate Affairs APRIL, Agung Laksamana, said that his company thanked secretary general on the insurance of being able to operate again except on protected peats.

“We will inform this positive news to our friends in the field,” said Laksamana.

Management of PT RAPP, Irsan Syarief said that he understood government’s regulation and will consukt with the ministry on the revise.

“Our operation will keep going on while we do the revisions,” he said. 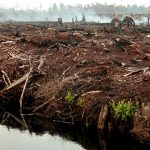 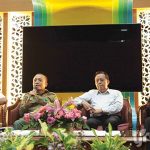 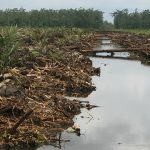