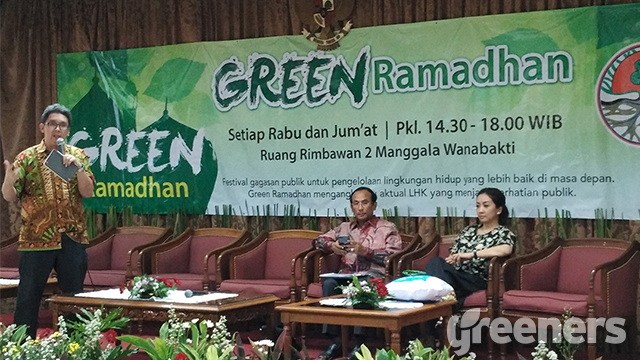 Jakarta (Greeners) – Circular economy, a business model originating from Europe, has been favored to deal with waste issues as its main idea is to maintain product values through recycling, reuse and re-manufacture with zero waste.

In addition, recycling can also generate income to all stakeholders, including scavengers, waste banks, and employees of recycling industry.

“Increased recycling industry means saving government’s spending, especially these materials will not run out as they will keep follow through the cycle,” she said in Jakarta, on Wednesday (21/6).

However, it does not come easy, especially from regulation and public socialization. Furthermore, she hoped the government would be able to activate and protect plastic recycling industry which involved thousands of people from low income families.

“Moreover, this industry has not been able to develop as they continue to become ‘shooting target’ of regional head districts and local officials,” she added.

Berly Martawardaya, lecturer of Economics Faculty, University of Indonesia and Chair of Institute of Development of Economics and Finance, said that circular economy was no stranger in Europe especially its industries due to people’s paradigm has switched to sustainable industry.

Meanwhile, Indonesia has just entered the stage of paradigm shift on economics activities and industry, said Martawardaya. Unfortunately, extractive industries aim only to dry up resources with no plans to deal depleting resources.

“In Indonesia, everyone still thinks we’re wealthy enough. Everything is disposable and immediately run out. This mindset needs to change as everything starts from the way we think, for example, several countries already stipulate all wastes from manufactures be handled by their own,” he said.

On recycling industries, he added that the industry could initiated the concept of circular economy in Indonesia if they were supported by strong policies aiming for more employments and reduce plastic wastes.