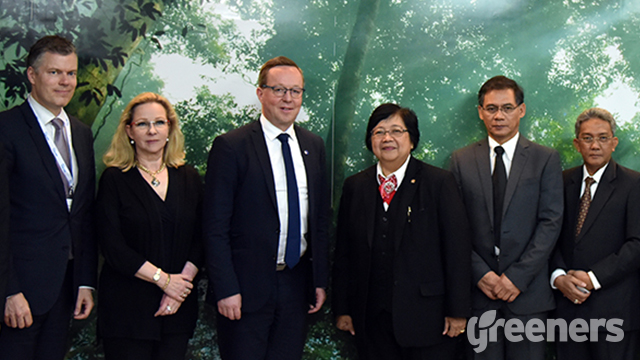 Jakarta (Greeners) – As a nation with the waste to energy technology, Finland had offered cooperation to apply the technology that uses thermal process which has recently gain popularity to Indonesia during the official visit of Minister of Economics and Employment, Mika Lintila, with Minister of Environment and Forestry Siti Nurbaya.

“Several big cities in Indonesia are ready to use direct thermal process to turn waste to energy such as in Makassar, Surabaya, Jakarta, Bandung, Solo, Denpasar, Tangerang and Semarang. The efforts will, of course, support the National Target 2025 of reducing 30 percent of waste and waste management up to 70 percent,” she said on Wednesday (7/6).

With waste production reaches 64 million per tons per year, comprises of organic waste 60%, plastic 15%, paper 10%, and others (metal, glass, cloth and leather) 15%, Indonesia is a potential market to develop such technology. The technology will reduce waste volume and also generate energy for people.

Finland’s Minister of Economics and Employment Mika Lintila said that Fortum Corporation is a company offered by Finland to work with Indonesia. Fortum is a Finnish energy company focusing on operating power plant, generating and selling electricity, heat and steam.

Fortum, said Mika, has been chosen as investment and joint venture partner with Jakarta Metropolitan in developing the first waste to energy factory which would be developed in Sunter, North Jakarta.