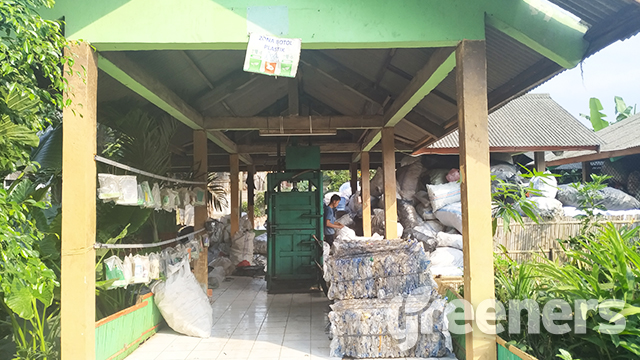 Jakarta (Greeners) – After adopting waste bank into the government’s program in 2010, it starts to show success. The program, aiming to reduce waste volume at landfills, are transforming into main source of income worth of billions of rupiah.

Ministry of Environment and Forestry encourages waste bank as a program to sort and manage waste from the source. To support the program, the government held Waste Bank National Coordination as a platform of communication and lesson learning among waste bank practitioners in Indonesia, each year.

Wilda Yanti, one of waste bank practitioner, said the bank needs to harmonize economical and environmental sides of waste management.

The main goal of waste bank is to save environment by educating people to sort waste from the source, in addition to have economical value for public. The sorted waste will be collected and be exchanged with money by waste bank.

“Waste bank is an effective method in Indonesia to educate people to sort waste. The economical values is just an added value for helping families to pay electric or water bills, for instance. So, people are willing to participate. It means the economical values motivate people,” said Yanti in Jakarta on Tuesday (26/02/2019).

Furthermore, she said that the concept of waste bank to educate people about waste management will eventually reduce waste. As people’s knowledge increases, she added, the economical value of waste then can also be put aside in waste management.

“[We] need to extend the knowledge so waste can be economically managed. Nevertheless, there are misperception among other friends, there’s this concern that if [they] manage waste, it will produce more waste. [However] the initial goal is to keep reduce waste and for people to sort waste,” she said.

Based on Ministry of Environment and Forestry data, waste bank has increased significantly in the past four years, from 1,172 units to 7,488 units. The increase contributes to reducing 1.7 percent or 1,389,522 tons per year of national waste and generates an average of Rp 1,484 billion (US$105,465) per year.

She said that waste banks are very likely to gain billions of rupiah profit provided they have good management, as there are also waste banks go bankrupt because of poor management.

“The profit is not our revenue but basically money that has been circling among the residents of West Jakarta. The Satu Hati Waste Bank can receive between Rp12-15 millions per week, in average. The success comes because in August 2017, we signed an MoU with Bank BNI and Danone, which is still going on,” said Edy Mulyanto, head of West Jakarta Environmental Agency.

Mulyanto said that Bank BNI manages the finance of 662 waste bank units in West Jakarta. The money will go directly to customer’s bank account, he added.

“Our management system is a collaboration between people and government. The Satu Hati Waste Bank can be an example for other waste banks. We also manage to reduce non-organic waste at the Bantar Gebang Landfill by 3,780 tons,” he said.

The 2019 National Waste Care Day took on the theme of Manage Waste for Clean, Healthy and Valuable Life. Waste bank is expected to be the effort of saving the environment and transform waste into economically valuable for people.