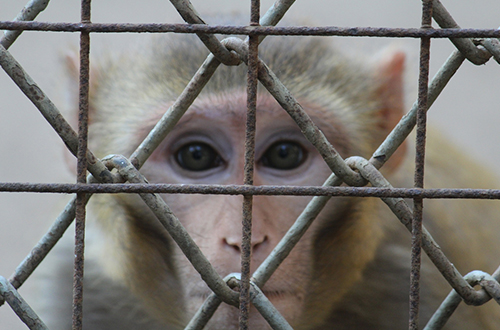 Jakarta (Greeners) – Despite of wildlife domestication violate the conservation law, there were never any law enforcement upheld on these cases, said program manager of Wildlife Crime Unit, Dwi Nugroho Adhiasto, in Jakarta, on Tuesday (7/3), adding that domestication has the same level of sanction with trading and hunting under the law.

“It was written in one clause and there’s no difference. Domestication is also a crime but there’s never any law enforcement,” said Adhiasto.

Weak law enforcement on domestication, he added, led to more demands on wildlife, especially the babies.

He said that people tend to buy and domesticate them until adult age without special permit usually obtained by conservation institution.

“As they grow old, it’s going to get harder to take care. They would casually handed over to the government and received no penalties,” he said. “Meanwhile, obtaining permits is not easy. More often than not when officials confiscated wildlife, they reasoned that the permit was being handled. How could you deal with the permit if the animals have been domesticated.”

It takes the courage from investigators, either from the police and environment and forestry, he said, especially to indict violators. Then, it would require broad knowledge from district attorney to set up the indictment followed by certified judges on environment issues.

During the case of yellow crested cockatoo, Ministry of Environment and Forestry encouraged people to hand over their animals to be released at three locations, — Manggala Wanabakti, Tegal Alur Rehabilitation office, and DKI Jakarta Natural Resources Conservation Agency –.

“Government needs to positively respond the goodwill and initiatives from public,” said Minister of Environment and Forestry, Siti Nurbaya.