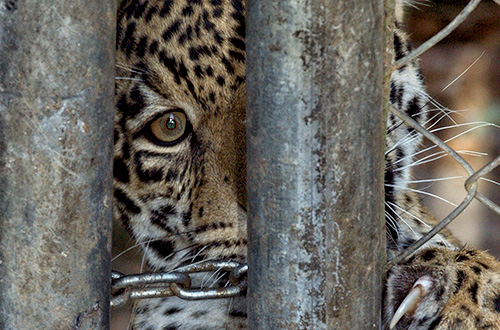 Kemal Amas, Secretary General of Law Enforcement, Ministry of Environment and Forestry, said that illegal wildlife traffickers got a maximum of two years or less than that stipulated by the 1990 Law on Conservation.

Consequently, he said it was lacking on deterrent effects as mostly they were the same actors.

“That is why the government is revising the 1990 law on Biodiversity and Ecosystem to increase the punishment to more than five years and more than Rp100 million of fine,” he said in Jakarta, on Friday (3/2).

Furthermore, the ministry saw a bigger opportunity to use Money Laundering Law to increase the punishment resulted to the collaboration between the police, district attorney and PPTAK to increase law enforcement using on the clause for money laundering.

Beren Rukur Ginting of PPTAK, said that the agency fully supported the effort of applying money laundering clause for illegal wildlife cases considering its state as extraordinary crime and not longer can be called as ordinary crime. It has become an organized crime and transnational crime.

Based on Environment Education Network research, state loss has reached Rp9 trillion per year in 2014.

“WWF Indonesia recorded high demand on endangered animals, for their body parts, either domestic and international for domestication, medicine, souvenir, traditional medicine which trigger the hunting and trading,” said Purwoto.

Based on WWF Indonesia data, eight tons of smuggled elephant ivories in Sumatra recorded for the past ten years, more than 100 orangutans trafficked overseas every year, more than 2,000 slow lorises illegally traded in Java and smuggled overseas, 2,000 pangolins sold every month internationally and one million turtle eggs traded in Indonesia alone.

“Illegal wildlife trafficking in social media in Indonesia is becoming popular for the last few years with 74 orangutans and 15 tigers were caught being offered through facebook,” he said.