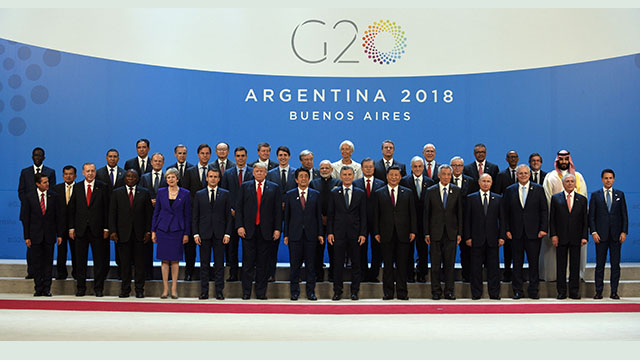 Jakarta (Greeners) – Approaching G20 Summit in Japan, on June 28-29, environment and energy are among the themes being discussed in the high level forum, which gathers governments of two thirds of the world’s population and represents 85 percent of the world’s economy.

Important issues such as environment, energy and climate change will be discussed in the meeting considering recent Earth’s condition that requires strong, fast, and just actions to be implemented.

Civil societies urge participating nations to alter their policies on environment and energy at the forum.

Despite being far from reality, Yuyun Harmono in Jakarta on Monday (24/6/2019), Manager of Climate Justice Campaign at Indonesian Forum for the Environment (WALHI), said that to stay below 1.5 degrees Celsius is an ambitious goal need to be achieved.

The aim has been declared in the 2015 Paris Agreement signed by nearly 200 nation members of the UN. It is necessary to avoid climate chaos.

“One of the major issues need to be pushed by public is global energy policy which is still dominated and dependant on fossil fuels, such as coal, gas and oil. These policies have caused problems, starting from 40 percent CO2 emission, corruption, environment and social issues in the grassroots,” said Harmono, “Take coal fuelled power plant as an example. It contributes more than a third of emission in energy sector up tp 2040.”

Furthermore, he said that Indonesia needs to determine its position and decision in environment sector at the forum as the country has only been agreeing to commit without any implementation.

Instead, Indonesia keeps on developing fossil fuelled power plants, such as coal and gas.

Melky Nahar, head of campaign of JATAM (Mining Advocacy Network), said the power plants are funded by foreign investors in Asia, including China, South Korea and Japan, which are also G20 countries.

“The three countries have major roles in coal game are China, Japan and South Korea. They have transitioned from coal to renewable energy, but they invest money on coal in developing countries, including in Indonesia,” said Nahar. “The situation is likely to keep going on for a long time. That’s because subsidy and global funding on fossil fuels are still large. So, Indonesia needs to get out of this large hole.”

On its report, the IMF stated that subsidies for fossil fuels have reached 5.2 trillion dollars globally or 6.5 percent out of total global GDP.

In 2017, funding from G20 nations for foreign projects has reached 13 billion dollars in the form of loans, credits, and guarantees.

Indonesia is the largest recipient of funding for foreign coal project in 2017 for 6.4 billion dollars.