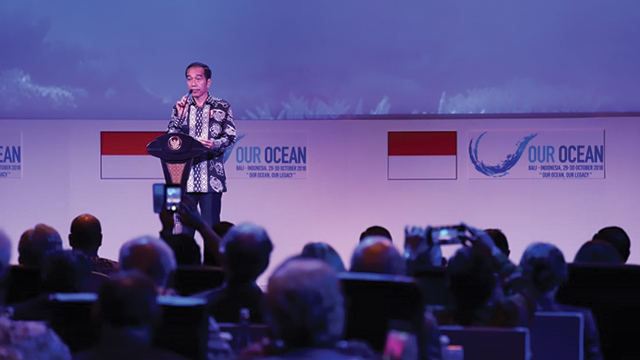 On his opening speech, President Widodo expected the conference, which attended by 1,500 participants of 143 countries, can become the driver of mental revolution of ocean protection, globally.

Furthermore, he said that oceans are important for life and the future of human existence. Thousands of millions of people depend their lives on fisheries sector and its food chains. Nearly half of world population or roughly 3.2 billion of people live within a radius of 100 kilometers from oceans. In addition, the richness of marine biodiversity.

On the other hand, world’s oceans are facing increasing challenges and crimes. Based on FAO, illegal fishing has reached up to 26 million tons or US$ 10-30 billion per year.

“We don’t want to wait until it’s too late for our oceans to do something. One nation cannot optimize benefits of oceans for the whole world. Governments would not be able to solve all of those challenges. We need global cooperation to achieve sustainable development, especially on marine protection,” said President Widodo.

Furthermore, President Widodo said that mental revolution is needed to tackle marine challenges and marine sustainable development. He encourages OOC to take necessary steps to improve synergy to be applicable in each countries.

President Widodo closed his speech with his poetry (editor’s note : based on loose translation). 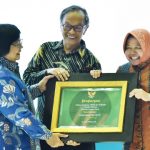