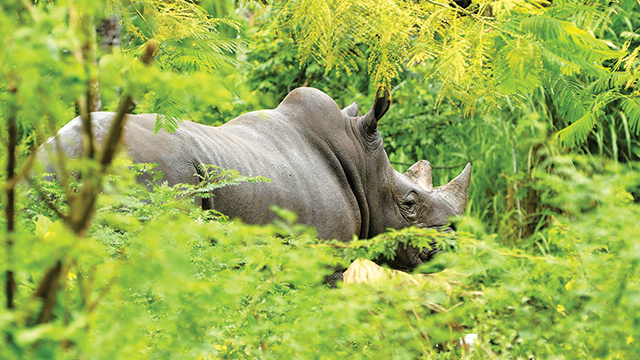 Jakarta (Greeners) – Experts at the 2019 Emergency Action Plan (EAP) workshop predicted the sumatran rhino (Dicerorhinus sumatrensis) population drop to less than one hundred. This number is less than the notes on the Indonesian Rhino Strategy and Action Plan (SRAK) compiled in 1990. According to the note, as many as 400 Sumatran rhinos were estimated to have lived in Indonesia from 1993 to 2003.

The sink in sumatran rhino population is due to animal hunting and trading; habitat degradation and fragmentation; and diseases of the reproductive system. Experts also stressed the need for the real quick action and the collaboration of all parties to prevent the sumatran rhino’s extinction. Furthermore, experts hope that the step will restore the rhino population to a safe level.

Rudi Putra, Chairman of The Board of Leuser Conservation Forum Foundation, said that his team finds more than five thousand traps and snares in the last five years. He also mentions other factors that destroy rhino habitat, including deforestation and encroachment.

“Another problem is the small population. In Leuser, there are four sub-populations, three of which including the sumatran rhino. From these sub-populations, there is no indication of breeding. No more children were found. This indicates that, if we don’t save them, the animal will become extinct,” explains Rudi at the World Rhino Day Commemoration Webinar: Save the Last Sumatran Rhino Population, Tuesday (22/09/2020).

To save the sumatran rhino population, the Indonesian government compiled the 2018-2021 Sumatran Rhino Population’s EAP. Director-General of Conservation of Natural Resources and Ecosystems from the Ministry of Environment and Forestry (KLHK), Wiratno, assessed that the EAP is a strategic and revolutionary step with a high priority to save the sumatran rhino from extinction.

The 2018-2021 EAP to Save the Sumatran Rhino Population includes the development of the Sumatran Rhino Sanctuary in Aceh and West Kutai, semi-natural breeding, monitoring, and protecting habitat population. The EAP also works as the initiation and establishment of the intensive protection zone. Further, Wiratno acknowledges saving rhinos as a tremendous job.

“In rhino conservation, the symptoms of the problem lie outside. Our actions must be based on a broader analysis. If you have to take quick action, you don’t need too much bureaucracy. You can just get permission and contact me. By building conservation partnerships gradually, through group and community awareness, we will lead to collective conservation action,” said Wiratno.

“Don’t let the bureaucracy get in the way by being too verbose. The rescue efforts could lose momentum. We don’t want that to happen,” he adds.

Wiratno announces no other solution to save rhinos other than implementing comprehensive protection in priority areas for rhino conservation. Besides, according to him, communication and local government support are the essential steps in the conservation program. He continues, local governments must be aware and proud of their area that has a global species icon. 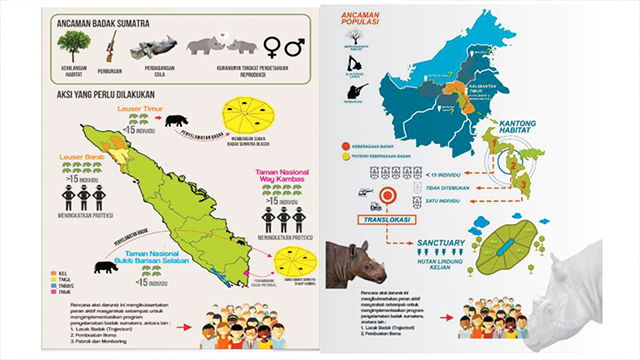 Furthermore, to support the construction of a sumatran rhino sanctuary in East Aceh, the Regent of East Aceh, Hasballah Bin H.M. Thaib, issued recommendations for approval and location for the development of the Sumatran Rhino Sanctuary No. 522.5.4 / 6307 on July 20, 2020. The construction site for the sumatran rhino sanctuary is around 7,302 hectares.

Hasballah claims Aceh as a province that took part in the emergency action to save the sumatran rhino from 2018 to 2021. Hasballah and his team have conducted a field survey to find the sanctuary location. From the survey, his team found that Aloer Timur, East Aceh, fit the criteria. The second alternative is the Trenggulun-1 area. Meanwhile, the Trenggulun-2 area was not included in the recommendation because of the many encroachment cases and land clearing activities.

“Every year, fourteen rhinos die because of conflicts with the community. We are fully committed to building the Sumatran Rhino Sanctuary in East Aceh district. On September 19, 2020, we have also installed a notice board for the location of the Sumatran Rhino Conservation activity,” Hasballah explains.

Speaking at the same event, Executive Director of Keanekaragaman Hayati Indonesia Foundation (Kehati), Riki Frindos, clarifies the number of funds prepared to support the Save the Rhino Population EAP. Through the Tropical Forest Conservation Action (TFCA) program in Sumatra and Kalimantan, it is known that the funds prepared for the protection of species are IDR 100 billion for Sumatra and IDR 16 billion in Kalimantan.

“Kehati Foundation, through partners at the local level and other parties, will continue to support the biodiversity conservation program in Indonesia. Including the rescue of the sumatran rhino, both in Sumatra and Kalimantan. For this goal to be realized, we hope that the EAP that has been prepared can be in line with the regional government’s medium and long-term development plans,” says Frindos.

Frindos continues to explain his program with TFCA Sumatra to support the recovery of the sumatran rhino population. First, massively and intensively protecting the rhino population in their natural habitat to breed naturally. To support this program, his party formed a patrol team and increased patrol members’ capacity through various training facilities. His party also engaged with local communities to develop the patrol team.

Furthermore, they also rescued isolated rhinos. Their team will facilitate the rhino semi-natural breeding in specific locations known as the sanctuary. 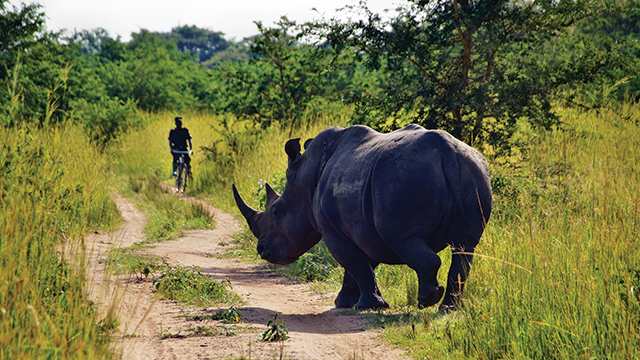 For the sumatran rhino rescue program in Kalimantan, Kehati and TFCA Kalimantan managed to save a live specimen of a female sumatran rhino named Pahu. The grant recipient from ALeRT (Alliance for Sustainable Rimba Terpadu) rescued Pahu from the forest area of Kampung Besiq, Damai District, East Kalimantan. Until this news was released, Pahu was observed to be in good health and weighing up to 360 kilograms.

On the commemoration of World Rhino Day on September 22, Frindos hopes that the public will increasingly realize the importance of rhino conservation for Indonesia. This critical animal consumes young shoots, which help the forest regeneration process because it supports new shoots from the leaves it eats.

Thanks to their ability to walk in an extended range of roads, the rhino is also a seed-dispersing agent. Rhino is dispersing the forest through seeds that attach to its body. In its journey, the rhino also opens a pathway from thick vegetation to other wildlife.