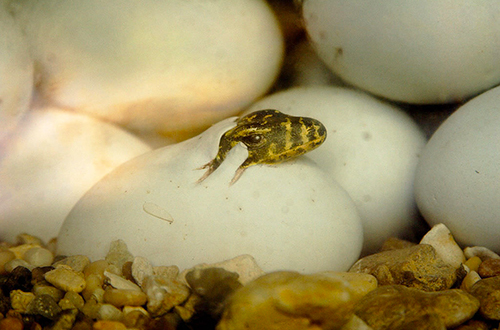 Jakarta (Greeners) – At least 14 out of 26 komodo dragon eggs hatched at Taman Safari Indonesia, Cisarua, Bogor, from Rangga (male) and Rinca (female), up to March 5.

Director Biodiversity Conservation of Ministry of Environment and Forestry, Bambang Dahono Adji, said that the hatching was a success for ex-situ conservation. The species is endemic to Komodo National Park, East Nusa Tenggara.

“The government had set up protected species management strategy through in-situ and ex-situ conservation,” said Adji in Jakarta, Wednesday (8/3).

Bongot, TSI’s vet also studbook keeper of komodo, said that process had begun since 1.5 years ago, starting from the preparation to hatching.

“Rangga and Rinca started to mate between July 21-22. In mid-August, the komodo started to ovulate and on August 17th, we collected egg samples, weighing and contain them in the incubator. On the seventh month, precisely March 2nd, the eggs hatched and we are still waiting for the rest,” he said.

TSI’s director and secretary general of Indonesia’s Zoo Association, Tony Sumampouw, said the ministry mandated for conservation agencies to increase the population and restocking for tourism.

“It is why TSI needs to breed existing collection,” he said.

Komodo (Varanus komodoensis) is listed in 25 priority species which has to increase 10 percent from its total population for the next five years or by 2019.

Komodo is endangered species under the 1990 Law on Conservation and its Ecosystem, the 1999 Government Regulation on Plant and Animals Preservation included in the Appendix CITES 1. In addition, the species is categorized as vulnerable in the IUCN Red List of Threatened Species. 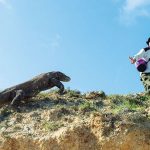