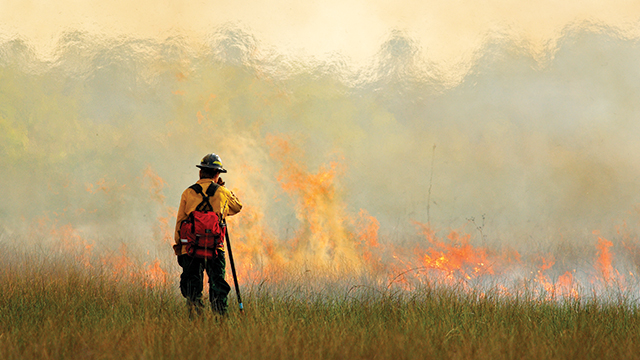 Jakarta (Greeners) – The perpetual land and forest fires for over two decades are due to the increasing number of hotspots in some regions. Record from Forestry and Environment Ministry (KLHK) shows 5.5 million hectares of land are affected by land and forest fires. Further, since the massive forest fires in 2015, Indonesia has lost Rp 221 trillion.

“This is because the hotspots of land and forest fires have their own cycle,” says Sukmara on a webinar held by Auriga Nusantara “Belajar dari Kebakaran Dua Puluh Tahun Teakhir”, “Learning from Forest Fires in the Last Twenty Years,” (08/09/2020).

Last year, Sukmara continues, hotspots in Riau, South Sumatera, and Jambi are significantly increasing than hotspots from the previous two decades. However, when the data is compared from 2015 to 2019, there is not much difference.

In the last five years, Auriga Nusantara also finds new areas with hotspots. These new hotspots are located in North and Central Sulawesi and North Kalimantan.

“We need to examine this issue further. Not only on the area where land and forest fires regularly occur but also in new areas where fire epicenter are discovered in the last five years,” adds Sukmara. 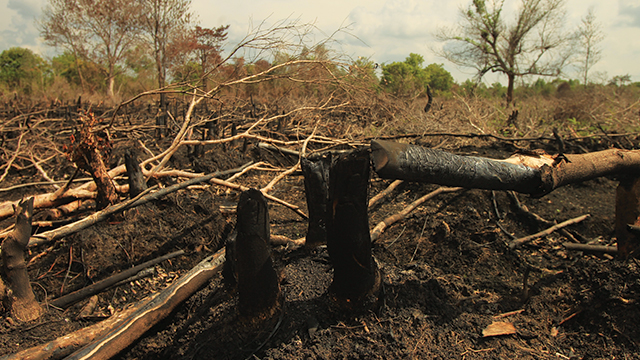 Nonetheless, according to KLHK Head of Directorate of Forest Fires Prevention Radiyan Bagiyono, there is a ninety percent decrease of hotspots on a confidence level. This data is based on hotspots analysis from January 1st to September 14th, 2019, and 2020.

“Data from the satellite shows that areas affected to forest fires on January 1st to August 31st, 2020, echoes the data that shows a 63 percent decrease on hotspots. According to our calculation, there are 120,536 hectares of the affected area this year. This number is less than last year, where the affected area was 328.724 hectares,” says Bagiyono on a media briefing “Upaya Pengendalian Karhutla Ditingkat Tapak,” “Effort to Control Forest Fires in Subdistrict,” Tuesday (15/09).

When asked about the land and forest fires issue, West Kalimantan Governor, Sutarmidji defends the residents. He admits that locals are usually the scapegoat in the land and forest issue. However, he believes that giant companies that refuse to pay for land compensation are the real culprit.

Sutarmidji explains, these giant companies usually demand clean and ready to use land from locals. Yet, without the proper resources and equipment, locals would choose the burning method as an easy way to clean the land.

Furthermore, Sutarmidji clarifies that most of the land and forest fires occur in plantation and forestry companies. West Kalimantan already issued a letter to 157 companies to warn them about the fires. His administration also bans 167 companies and pursue a forced administration penalty to 20 companies.

“These companies should be our focus. All this time, these companies are free. They have never been apprehended. Locals, on the other hand, are put in jails,” he continues.

Commenting on the issue, Bambang Hero Saharjo from Institut Pertanian Bogor explains that the land and forest fires issue is not only due to the practice of burning land from the locals. Saharjo argues that the way of selling and buying land and insurance claim are also factors on the issue.

Further, he argues that the government is not enforcing the law. According to Saharjo, the government has been neglecting the forest fires issue. The government also fail to engage with the locals to control the fires.

“Instead of the scientifical approach, the government uses a political approach to fight land and forest fires,” he adds.

Additionally, Saharjo gives criticism to the lack of adequate equipment on the site to fight fires.

“To combat the land and forest fires, we literally need to be equipped with good science. Based on the scientific approach, we can see the correct steps to encounter land the forest fires. We also need to engage with locals, partnered with the locals, and not making them as our sparring partner. Last, we need steady law enforcement where the forest fires culprit can be punished accordingly,” he argues. 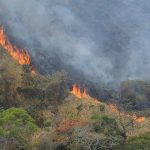 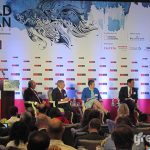