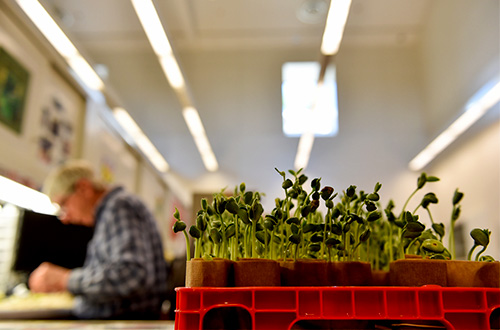 Jakarta (Greeners) – Institute of Critical Zoologist (ICZ) revealed at least 350 new species unidentified in the relatively new island, Pejantan Island, during 2005-09, prompted Ministry of Environment and Forestry to launch a new expedition on the island, said a senior official in Jakarta, on Saturday (11/3).

The island is currently inhabited by 12 families with a total of 40 fishermen from Melayu tribe.

“Public facility in the island is very limited that it would need intensive development approach,” said Bastaman.

Head of Expedition Team, Hendra Gunawan, said that one of the uniqueness of the island was its vast vegetation over granite and flowing water springs.

“On each ecosystem, we also found endemic animals and plants which have yet to be identified and suspected to be new species, such as lizard, three colored squirrel, peacock pheasant, bat, nephentes, orchid, and many more,” he said. “Other interesting things is the island is the spawning habitat of endangered hawksbill sea turtle and flatback sea turtle. So, basically, the area has important value for conservation.”

Director of Essential Ecosystem Management, Antung Deddy, said the island has potential to be declared as conservation area, such as wildlife reserve (SM) or essential ecosystem area (KEE).

Furthermore, Deddy said that it would need coordination with regional government and verified scientific data in the form of time series.

“Other tourism potentials can be developed at Pejantan island is diving, white sand beach, cave tourism and rock climbing, jungle tracking and turtle conservation,” he said.