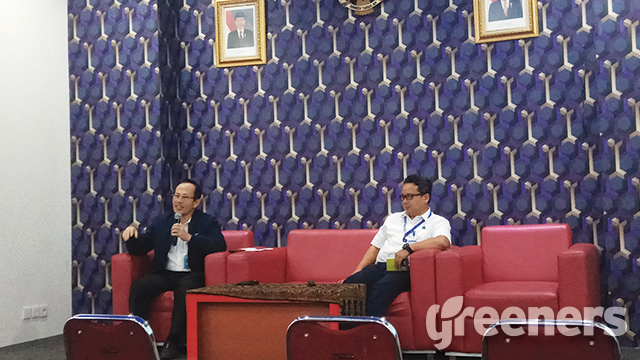 Jakarta (Greeners) – Indonesian Institute of Sciences found that Tempe Lake of South Sulawesi had high sedimentation on its research of the lake’s carrying capacity, hence, recommending to set up alternative hydrodynamics to improve the ecosystem.

The 18,000 hectares of Tempe Lake, located in the western part of Wajo district, South Sulawesi, has the characteristic as floodplain lake and one of the country’s tectonic lake.

Iwan Ridwansyah, senior research at Limnology Research Center at the institute, said that from available literature and researches, the cause of high sedimentation of Tempe Lake is land use change. Nearly 20 percent of watershed areas are cleared for agriculture areas with least environmentally friendly practices.

“So, they just cleared the lands. Once they cleared, erosion followed during rainy season. It’s the main issue in the upstream, especially in Wajo district. Majority pepper farmers will just clear forest and plant the areas. That is why it’s high sedimentation,” said Ridwansyah, in Jakarta, on Thursday (15/11/2018).

Furthermore, he said that since 14th Century, massive forest clearing, constant agriculture clearing in lower lands and valleys, in addition to expansion of agriculture and crops planting using slash and burn or burn and burn systems in the hills and mountains have led to degraded and barren areas and destroyed biodiversity. It will eventually lead to erosion and sedimentation of lake and river.

“Erosion caused by land use changes resulted to lumps or sediment flowed by three rivers, Bila, Batu Batu and Lawo and ended up in Tempe Lake,” he said adding that sedimentation of Tempe Lake had reached 519,000 cubic meter per year, in average.

“The lake hydrodynamics is the result of modelling, a simulation that shows the parameter which can show which alternative is the least producing sediment in Tempe Lake,” he said.

Out of three alternatives, he said, the first alternative is the optimum choice for less sediment of Tempe Lake, with dredging zone 3, 4, and 5 with a total volume of 23,890,596.8 cubic meter.

On the 2015 – 2019 National Mid Term Development Planning, Ministry of Environment and Forestry had declared Tempe Lake as one of 15 national priorities to be rehabilitated due to its high sedimentation.

“This sedimentation is understood by Ministry of Public Works and Public Housing but how they fixed it was by dredging all sediments, of which for us not the proper way and differ from the available researches. Hence, we said to the ministry that there are puddles supporting the fishes in the areas,” said head of Limnology Research Center, Fauzan Ali.

Furthermore, Ali said that inviting the ministry of public works and public housing to get involved with the institute will improve existing Tempe Lake, however, it was lack of response and each agencies work separately.

“We are hoping for cooperation from other involved parties in Tempe Lake preservation to discuss so that we can realize to save the ecosystem of Tempe Lake,” said Ali.