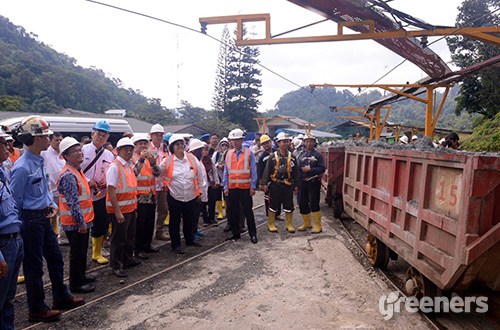 However, based on principal permit, Antam must closed down the location two years before it expired or by 2019.

“One of the program is to establish edu-tourism aiming for college students. In addition, the area will also be transformed into national park. Cikaniki river will be turned into rafting tourist destination,” said Tedy, in Pongkor Mountain of West Java, on Saturday (09/4).

Furthermore, Antam is conducting a research on tailing management (separating gold and silver from their ores) which is claimed to be the first tailing factory in Indonesia.

The end result of the tailing will be used as raw material construction, dubbed as Green Fine Aggregate (GFA), of which launched by Minister of Environment and Forestry Siti Nurbaya on Saturday.

The testing, Tedy added, was considered as an innovation of post mining management.

“We deliberately excluded the word ‘tailing’ in the innovation for people to believe that it is still positive and can be re-used,” he said.

In addition, Tedy said that GFA would still continue even if Antam’s permit had expired as both of them were different process.

So, even if Antam is no longer operational, GFA would still be running under the company’s responsibility.

“Instead of throwing away tailing, it would be better to use them. So, though the mining permit will ended, GFA will keep continue as the permits can be managed afterwards. The permit expired in 2021 is only the mining business permit. If Antam stopped operating, the factory would only just use its tailing,” he said.

Meanwhile, Minister of Environment and Forestry Siti Nurbaya, said that waste from gold mining of Antam Pongkor can be used to substitute materials such as batako (concrete brick), paving block, light brick, culvert, pathways, panel wall, roof tiles, among other things, based on the permit issued by the ministry on October 2014.

“Those opportunities are open but, of course, it must also compile with Indonesia’s National Standard,” said Minister Siti.
Based the 2008 Ministerial Regulation, toxic and hazardous waste can still be managed in accordance to the standards, which means that it can generate economic income.

“The products complied with the standards will no longer polluting the environment,” she added.

The company had obtained the permit from the ministry under Ministerial Decision No. 07.86.10 Year 2014 on toxic and hazardous material of PT Antam Tbk, Pongkor Gold Mining Unit, Nanggung subdistrict, Bogor district, West Java. 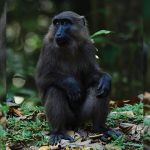