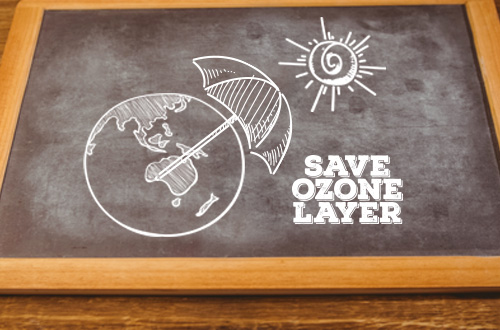 Jakarta (Greeners) – Climate change senior official on Saturday (17/09) said that phasing out ozone destructive gases more often than not a challenge for any countries in the world, including in Indonesia, in Jakarta.

Under Montreal Protocol, eliminating ozone depleting substances, such as CFC (Chloroflurocarbon), Halon, CTC (Carbon Tetrachloride), TCA (Trichloroethane), and Methyl Bromida, has been showing significant results for the past thirty years.

However, a different story for HCFC (Hydrochlorofluorocarbon) which proved to be difficult to be eliminated especially on countries with less than 0.03/year/capita of ozone depleting substance consumption or dubbed as Article 5 nations.

“The target to eliminate HCFC pose a huge challenge [for Indonesia],” said Nur Masripatin, Director General of Climate Change Control at Ministry of Environment and Forestry.

Masripatin said that Science Camp was an important event to raise public awareness on environment issues especially on ozone protection. Government, she added, can give campaigns to young people on the importance of ozone and educate them on how to preserve and protect the layer.

The national theme for this year’s celebration is ‘Working Together to Reduce Ozone Depletion Through Montreal Protocol’.

On September 16, UN had declared it as the International Ozone Protection Day which was made on December 1994, to commemorate countries signing Montreal Protocol.

The Protocol was established to protect lives from over exposure of UV-B light due to ozone depleting by limit dangerous substances.