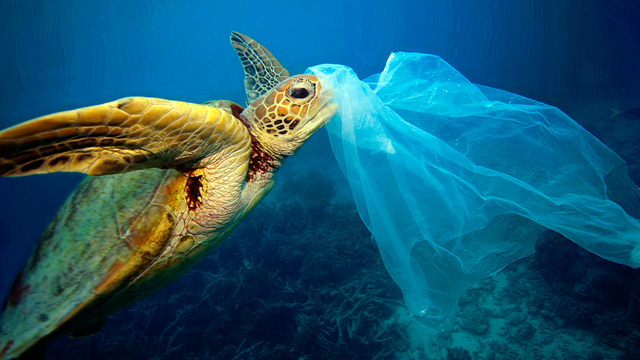 Jakarta (Greeners) – A senior official encourages people to reduce plastic waste in an effort to tackle ocean waste issues, in Jakarta, on Friday (08/06/2018).

“One of the efforts to protect oceans health is by ensuring they are free from plastic waste. As it’s known, plastic waste has negative impacts on marine ecosystem, including coral reef,” said Director General of Marine Spatial Planning of Ministry of Fisheries and Marine Issues, Brahmantya Satyamurti Poerwadi, during a World Ocean Day event.

Based on People’s Coalition for Fisheries Justice (KIARA) data, 1.29 million tons of waste dumped into the rivers and ended up in the oceans in May 2018. Out of that number, 13,000 plastic waste per square kilometer.

Furthermore, Herawati said that plastic waste has increased twofold within its 11 years cycle. Packaging and food takeouts or drinks were the largest types of plastic waste.

“Plastic waste has negative impacts for Indonesia’s coastal areas. However, the most terrible impacted is fishes, directly or indirectly, eating plastic. The impacts will return to us consuming those fishes,” she said.

She said education and awareness on oceans and plastic waste are important cross-ministries, including ministry of fisheries and marine issues, ministry of environment and forestry, and coordinating ministry of maritime as oceans are considered as dumping site.

“The hope of coastal people is simple. First, they’re hoping for fully sovereignty, meaning they are becoming important part in coastal and oceans management. On one side, there are real efforts to change negative stigma of oceans as large dumping site or landfill,” she said. “This change must come from education or awareness. On the other side, law enforcement for those destructing coastal areas. Currently, our government is lacking on firm actions towards violators of coastal and oceans.”