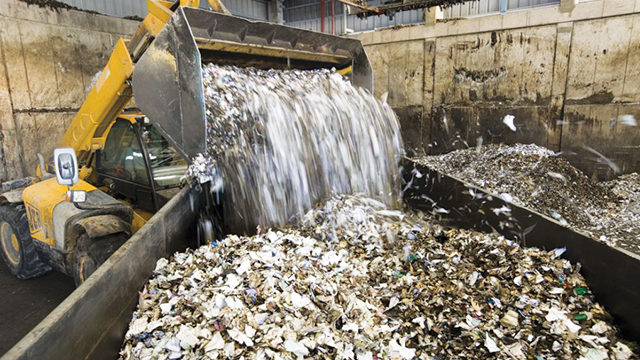 Jakarta (Greeners) – Ministry of Environment and Forestry (KLHK) to set up a ministerial regulation on people’s movement on waste management, said a senior official in Jakarta, on Friday (20/7).

“We are designing a ministerial regulation on waste management which include people’s or communities’ movements such as No Straw Movement in several restaurants, cafes, and producers,” said Vivien Ratnawati, Director General of Waste and Toxic and Hazardous Waste at the ministry.

Ratnawati said ministerial regulation will be applied as part of support to movements encourage by communities, for instance facilitate waste management, support on facilities needed for the movement, and support for producers, companies, restaurants, and cafes with better waste management.

“One of the purpose of the ministerial regulation is to give guidance to local administration as when they want to support people’s movement but this kind of support is not the same by building landfill,” she said. “It has to be underlined that the regulation will only support and facilitate movements which are established by people or communities, such as waste bank or recycle trash bin, 3R, recycle center.”

In addition, she said that several restaurants have already applied the #NoStrawMovement as straws are considered as part of plastic waste.

“Based on research, plastic straw also contributes largely to plastic waste volume. There are 93 millions of straws per day being thrown away and if you connect these straws, it can go from Jakarta to Mexico City,” she said. “We need to support this movement and promote to reduce plastic straws. Currently, there are restaurants committed to No Straw such as KFC and KOI Restaurant.”

“Previously, when we didn’t apply No Straw [policy] at the restaurant, we produced 6,000 straws per month, only from the straw, in our three stores. After No Straw policy being applied in October 2017, our straw waste reduced to 1,000 pieces per month,” said Pranadhi.

Furthermore, she said that she hoped the numbers keep going lower as it is not easy to educate consumers who are still requesting for straws.

“Our restaurants are actually being profited because the consumers are usually expatriates however the numbers still exist. We are trying to apply No Straw by keep on educating consumers,” she said.

Similar to KOI Restaurant, KFC, the biggest franchise restaurant in Indonesia, had applied #Nostrawmovement in 2017 and it is becoming a national movement as 648 KFC restaurants in Indonesia do not serve plastic straws by removing straw dispenser and encourage consumers not to use it unless really needed.

“We don’t serve straws anymore in stores but it will be given to customers who asked [for the straws]. We recorded plastic straw decline trend from 28 percent to 45 percent in all of our stories because 100 percent of our stores are straw-less,” said Hendra Yuniarto, general manager marketing of PT Fast Food Indonesia.

“We need to clean up from upstream to downstream so it is not about straws. We are also cleaning up the backyard and looking out what’s the real issue because the waste will go to rivers and end up in oceans, especially plastic. Hence, we have commitment and waste management activities which we implemented,” he said. 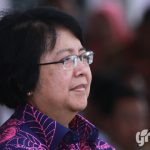