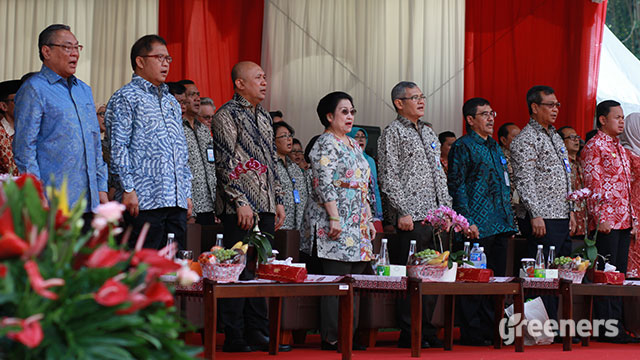 Jakarta (Greeners) – As the last standing protection of Indonesia’s plants collection, Bogor Botanical Garden’s existence should be preserved and maintained, said Didik Widyatmoko, head of Plant Conservation, Botanical Garden LIPI adding the 200 years of age had placed the garden as the example of botanical gardens for other regions in the country.

Since established in 1817, Didik said that Bogor Botanical Garden had shown its contribution in research to save Indonesia’s plants species, especially in discovering new species, developing new plants, its orchid and nepenthes (tropical pitcher plants or monkey cup) collections, Rafflesia patma and many other achievements.

Furthermore, he said that botanical garden serve as protection of germplasm which is valuable to science and technology to support national development. With botanical garden being protected, it would also save germplasm.

Currently, only 25 percent of Indonesia’s plants species found in botanical garden. Meanwhile, Indonesia ranks 6 as the country with the most endangered species. Hence, the current priority is to increase botanical gardens numbers.

Meanwhile, Deputy of Nature Science of LIPi, Enny Sudarmonowati, said that Bogor Botanical Garden was aiming to develop modern nursery facility as part of the two centuries celebration. The facility, Sudarmonowati added, was needed to tackle issues on breeding rare seedlings outside of their natural habitat.

“Our challenge is that we don’t have proper facility for breeding,” she said.

To commemorate its two centuries on May 18th, Bogor Botanical Garden held an expose of its researches for 200 years dubbed as Plants and People Harmony. Some of the researches revealed about palm oil planted on marginal lands which had been conducted for 100 years ago.