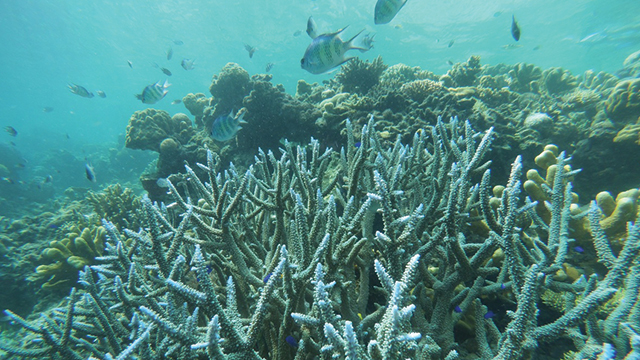 In addition, Minister Susi states that emergency situation in a country is not political or ideology, but food security.

“Maritime security needs to be promoted because war in the future is not about political, ideology or religion, but water and food scarcity. So, ocean management must be clear, which [resources] belong to Indonesia and others,” said Minister Susi in Jakarta, on Wednesday (17/10/2018).

Furthermore, she said that Indonesia will be given to present its currently changing sustainable fisheries management. The country, she added, has managed to turn around its deficit balance to become the first Southeast Asia nation in fisheries trade.

“It is achieved by tackling down illegal, unreported, and unregulated fishing. We are strengthening marine security,” she said adding other issues such as marine pollution, natural disasters, climate change, illegal immigrants, illegal trade, pirate and gun conflict.

Mas Achmad Santosa, coordinator of Special Staff of Satgas 115, said that 1,690 attacks and gun attack attempts have occurred between 2010-14 in marine areas. In addition, damages caused by plastic waste to marine ecosystem reaches up to $11.6 billion per year (Rp 176 trillion).

Furthermore, transhipment has negative impacts to fish stocks and human rights as it allows fish laundering, or mixing illegal fishes with legal fishes.

“Transhipment also make possible for guns and drugs smuggling. More than a third of vessels registered at RFMO operating under Flag of Convenience, one of the mode of operation for illegal fishing,” said Santosa in Depok, on Tuesday (23/10/2018).

He said that Minister Susi is focusing on redefinition of marine management as RFMO is no longer effective to tackle, stop, and deal with illegal fishing. Flag Responsibilities permit issuance is also not effective though its tasked is to monitor vessels with the flags.

“Hence, the redefinition and the implementation of illegal fishing policy applicable to different countries, then forming a movement. No one knows where foreign vessels used to fish in Indonesian water areas. Minister Susi is determined to transfer problems in Indonesia to other countries, so illegal, unreported and unregulated fishing must be taken seriously by regional cooperation in other nations,” he said.

“We declared marine areas, of which parts of Indonesia, with that name. It’s natural if other countries protest [about the name] especially China as it claims 90 percent of South China Sea belongs to them. However, northern part of Natuna, based on marine law, belongs to us [Indonesia] and we have the rights to state it as exclusive marine zone. China’s claim for 90 percent of South China Sea does not refer to any laws and even violate the convention,” said Wirajuda.

Meanwhile, Sjarief Widjaja, Head of Research and Human Resources, said that international diplomacy is needed for marine security, to protect the country’s sovereignty and to respect other country’s areas.

“It is important to protect supply stability, marine food supply, to keep fish consumption so national resources potential can be passed down to our children and grandchildren,” he said.