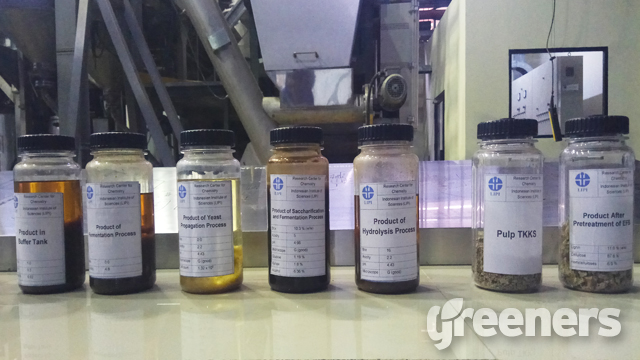 Jakarta (Greeners) – With increasing fossil fuel consumption leading to environment issues including air pollution and global warming, Indonesian Institute of Sciences develops alternative energy, bioethanol, from palm oil waste since 2008 with pilot plan process has been running between 2010 and 2012, said a senior scientist, in Jakarta, on Thursday (1/3).

“Bioethanol is an alternative to fossil fuels. So, if fossil fuels are expensive, Indonesia has a backup plan. Furthermore, bioethanol can reduce carbon dioxide emission to more than 90 percent,” said Head of Chemical Research Center Agus Haryono.

Bioethanol with palm oil waste is second generation or G2 being developed from first generation using other crops such as cassava and sugar cane. However, these two crops are hard to find so researches have been shifting to palm oil waste.

Bioethanol from palm oil waste has 99.5 percent of concentration ready to substitute gasoline. Haryono also claimed that pilot plant, Bioethanol G2, is the only one from Indonesia and becomes a benchmark for lignocellulose based bioethanol production process.

“Lignocellulose biomass in Indonesia is abundant which opens opportunity for renewable and environmentally friendly fuel and aiming to create collaboration among ASEAN nations in biofuel research and development,” he said.

Unfortunately, palm oil waste based bioethanol’s price is Rp25,000 per liter, a lot expensive rather than fossil fuel. Consequently, bioethanol does not produce for mass market.

“Although, from previous researches, prices already go down but still couldn’t compete with fossil fuels. The first time we developed bioethanol G2, it was Rp200,000 per liter. We did efficiency and now it’s Rp25,000 per liter. If the enzyme was no longer from abroad then the price can be cheaper,” he said adding for government’s role to promote bioethanol resulted LIPI can make the production more efficient.

Furthermore, he said that government could give support for bioethanol G2 compete with fossil fuel and other bioethanol. 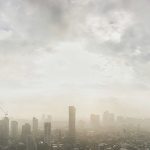