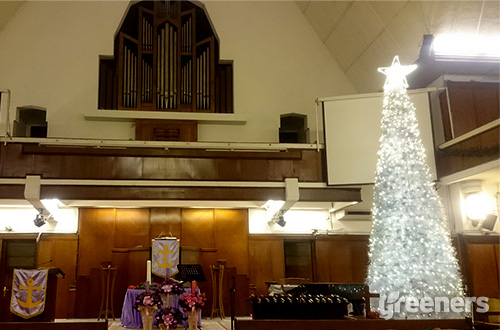 Jakarta (Greeners) – Unusual view spotted at the corner of the altar, GPIB Paulus, Menteng, Central Jakarta. A tall, transparent and shiny christmas tree, handmade by one of its churchgoer and green activist, Yeni Mulyani Hidayat.

Recycling is nothing new for Yeni, 46 years old, who is the founder of My Darling Waste Bank (an acronym for Masyarakat Sadar Lingkungan). She had created countless upcycle, including the 6.5 meter christmas tree made of thousands of plastic bottles.

In 2015, GPIB had environment as its annual christmas theme. One of the priest had challenged her to built a christmas tree from recycle materials.

“I was challenged. Do I have ideas for the christmas tree? I have not thought anything because I was in Singapore to teach about recycling to embassy staffs and workers there,” she recalled.

Eventually, she accepted the challenge and started to look for reference from churches which also set up recycle christmas tree.

“I finally came up with the idea to cut plastic bottles and put them together to make up lumps of bottles. One lump equals seven bottles,” she said. 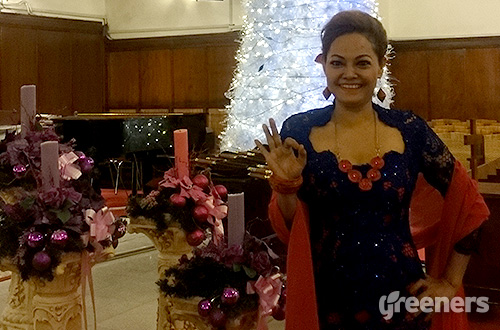 “The tree is unique for the congregation of GPIB Paulus as the church has been using real tree which could reach 15 million rupiah. This tree only costs 6.5 million rupiah. It only added 1.5 million rupiah for welding service,” she said adding that there were tensions in the process but finally all satisfied with the result.

Her hard work of 15 days resulted of Yeni being introduced to DKI Jakarta Governor, Basuki Tjahaya Purnama, on Christmas day, as the designer and maker of the plastic Christmas tree.

“I was trembling because of very shy,” she said laughing. 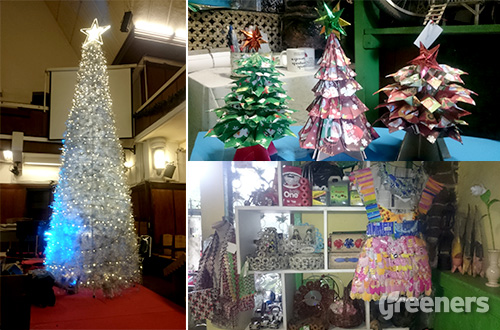 A week before 2016 Christmas, the church installed the upcycle tree again. However, Yeni who was still unsatisfied with the animals had changed them with extra LED lights. She also fixed leaves stolen by churchgoers. “Most of them took them for replication,” she said.

In addition to the tree, Yeni and My Darling Waste Bank’s design also being displayed, such as bags, hats, accessories, mirror, lampshade, to carpet, all recycled.

“From all of four years works of My Darling Waste Bank, the Christmas tree was the spectacular one, in my opinion. All other works were made by waste bank. I was challenged to make more spectacular than this tree,” she said adding that she was rejected and underestimated by closest people. 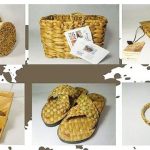 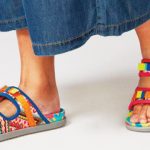