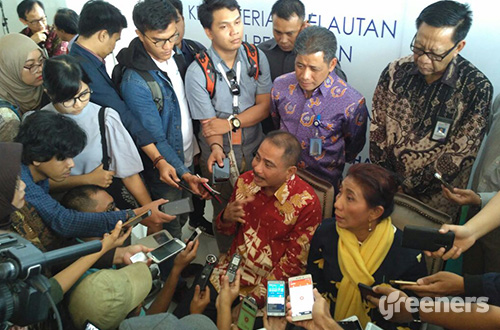 “Indonesia needs to increase its service performance, not just focusing on product availability and commodities. State revenue will increase if marine also focus on management that will give added values,” said Minister of Marine Affairs and Fisheries, Susi Pudjiastuti.

Furthermore, both ministries will also collaborate on managing marine harbors and market to become interesting marine tourism site. She said she wanted fishermen and marine business people to be guided to attract visitors or tourists.

“Marine tourism should have produced more than terrestrial, for instance Maldives. It’s only a small island, a bit bigger than Nias island but its foreign contribution equals Indonesia’s revenue. Meanwhile, its oceans are limited. Its Exclusive Economy Zone is not vast so we should have been able to improve our services to be as equal as theirs,” she said.

Ministry of Marine Affairs and Fisheries and Ministry of Tourism have targeted four billion dollar or 20 percent contribution to Indonesia’s foreign revenue. It means four time increase from last year.

READ ALSO: Management of Seven National Parks is Under Ministry of Environment and Forestry

The agreement, she added, was followed up with Working Agreement between Development Sections of both ministries which focusing on expert sharing, education and training, internship, and facilities.

Minister of Tourism Arief Yahya said that lack contribution of marine tourism in Indonesia was due to regulation constraint on security issues, for instance, tourists would need 21 days to enter Indonesia’s oceans meanwhile other nations such as Thailand, Singapore and Malaysia would only need an hour.

“We are using the approach of security and not service meanwhile tourism is about services. All people should be treated as tourists not criminals and not all people are criminals except tourists. These two are different approaches,” he said. “As a result, we have revoked Clearance Approval for Indonesian Territories (CAIT). What happens? We have a 100 percent increase, from 750 yachts coming to Indonesian water territory in 2015 to 1,500 yachts in 2016. The point is remarkable results derive from unusual ways.” 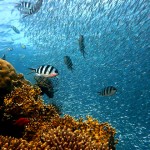