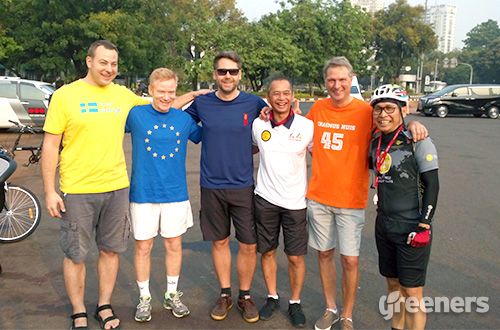 Jakarta (Greeners) – More people are getting attracted to use bicycle as their alternative means of transportation as initiated by Bike to Work (B2W) Indonesia since 2004.

Last Tuesday morning (13/10), Viking Biking Indonesia is held for the fourth time. Riding on varieties bicycles, dozens of people started their journey from the State Palace to Denmark Embassy in Kuningan.

Toto Sugito, head of B2W Indonesia, said that this year’s theme was “Cycling with CEO” aiming to inspire people to shift to bicycle.

“In Indonesia, we still assume Top-Down pattern. It means if the bosses are riding bicycle, we hope that their employees would follow suit,” said Toto in front of State Palace, in Jakarta, last Tuesday morning (13/10).

On the latest progress of Viking Biking, Toto said that there were increased of participants of the movement. However, as it’s normally done on working hours, the increase has yet to be of significance.

“Currently, there are Denmark ambassador, Netherlands and Garuda Indonesia CEO have participated in the movement,” he said.

Meanwhile, Arif Wibowo, President Director of Garuda Indonesia, said that he was keen on joining and participating in Viking Biking movement. Arif said that aside from making the body fit, cycling was also good to establish close communication and relationships with ambassadors.

“I personally love cycling. In addition, this movement involves many ambassadors, so, I’d like to participate,” he said.

As information, Viking Biking was initiated under the spirit of perseverance and never give up inspired by Viking warriors. Through the movement, cyclists will also fight for cycling rights in the country. 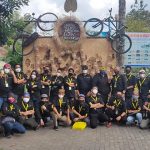 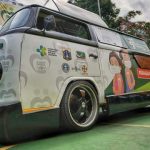 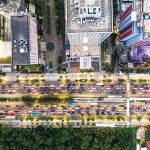 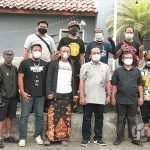 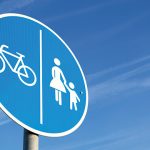