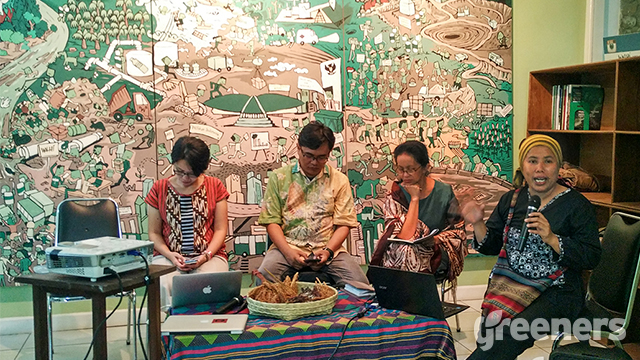 Jakarta (Greeners) – Women suffer the most in relation to natural resources destruction or exploitation. Siti Maimunah, researcher and coordinator of Sajogyo Institute Scholarship Program, said women, who have closeness with natural resources, were prone to impacts of natural resources in the past.

Maimunah cited on water access issue where women, in the context of obligated to provide for the family, have closeness to water hence need larger amount of water. But, as those rights are denied due to exploitation, it will lead to the destruction of women’s living space.

On several places, there are tough women capable to take leadership to save and restore environmental destruction. Hence, Maimunah added, it is important to place women as lead actor in the struggle.

Furthermore, she said women’s role in environmental struggle was still facing obstacles different with male’s such as the example of Alleta Baun of Mollo, East Nusa Tenggara.

Aletta Baun required to go at nights to organize her villagers and became police’s target. She had been labelled as prostitute and irresponsible mother which would not occur in male fighters.

“There are other examples of obstacles and challenges faced by women which are probably don’t happen to males,” she said in Jakarta on Tuesday (11/7).

Maimunah said this jamboree will provide space for women with experiences to fight for their environment and succeeded to women who want to learn from them.

Director of Sajogyo Institute, Eko Cahyono, said the jamboree is the hub for lesson learning and share experiences among women from all backgrounds, starting from housewives, farmers, business women, head of villages, writers, film makers, government officials and many others.

On its study, Sajogyo Institute reveals a new chapter on agrarian struggle and women.

Cahyono said that there were three chapters, at least, of Indonesian women’s struggles, starting from struggle against colonialism, second, women struggle in development era, and the third or new chapter on women’s role against their own country from a new regime called neo-colonialism.

“Main characteristic of this new chapter is women’s struggles are faced with commodification of agrarian sources. Trading agrarian sources to become market commodity eventually these extractive industries, either mining or plantation, enter further in the villages,” he said.

The event will also produce publications on knowledge, from learning lesson on women and agrarian for the past two years, in the form of picture book “Picture of Women Agrarian”, “Women Celebrates Struggles in The Country” white book, “Women in Agrarian Struggle” — Study Group Thematic, village profile book: “The Struggle To Change Fate”, then movie launch of “The Words of Homeland Women Fighters”. 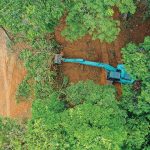 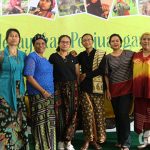 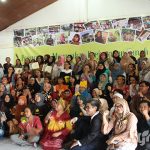 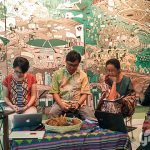