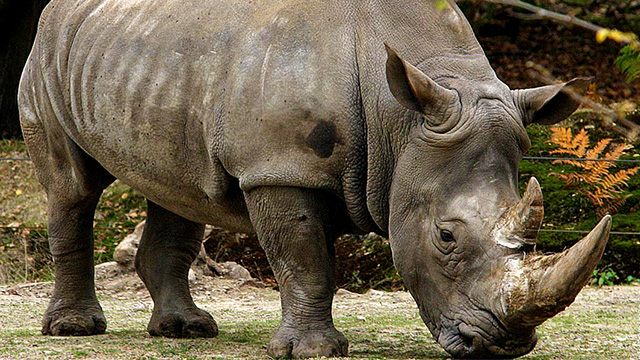 Jakarta (Greeners) – Newly published research on Conservation Letter revealed that half of Javan rhino population in Ujung Kulon National Park was found in Krakatau volcano and Sunda basin, which are tectonic plates convergent areas with potential of earthquake and tsunami.

The study proved that Javan rhino population was 62 individuals in 2013, the most crowded population in one habitat.

The study was also projected ten meters high of tsunami or 33 feet for the next 100 years can threaten 80 percent of the national park which holds the highest population of Javan rhino.

“Researches urge the development of new habitat for Java rhino which is safe from natural disaster. The study is also a good momentum to save Javan rhino because we are racing against time,” said Arnold Sitompul, Director of Conservation, WWF-Indonesia, on Sunday (28/5).

The new habitat, said Sitompul, can be done by identify rhino’s location and secure it, ensure agreement with other stakeholders including government and local people, intensive monitoring in Ujung Kulon National Park, to chose suitable rhino to be transferred.

Meanwhile, Bambang Dahono Adji, Director of Biodiversity Conservation, Ministry of Environment and Forestry, said that the ministry was currently conducting assessment study on new Javan rhino habitat resulted to propose Cikepuh Wildlife Reserve of Sukabumi, West java, as possible location.
The translocation, which had been prepared more than three years, was aiming to set up new habitat location and support breeding process of Javan rhino.

“Currently, we are waiting for DNA test from rhinos at Ujung Kulon, to be transferred so they will not come from one family and causing for inbreeding,” he said.

Javan rhino can only be found in Ujung Kulon National Park, said Adji, was in vulnerable state as inbreeding and natural disasters threaten the species’ existence.

The plan is to develop sanctuary for Javan rhino at Cikepuh, similar to Ujung Kulon National Park which aims for breeding.

Furthermore, he said Cikepuh was chosen for its physical similarity areas such as beach and wetlands.

“So, Eijkman Molecular Biology Institute and experts from Bogor Agricultural University and University of Indonesia have been appointed as the team to conduct the test. In addition, government is cooperating with NGO for tests and preparing the areas,” he said.

A study, Preventing Global Extinction of the Javan Rhino: Tsunami Risk and Future Conservation Direction, had been launched on May 9 by conservation experts from Indonesia and the world, comprises of Ujung Kulon National Park, WWF-Indonesia, Indonesian Rhino Foundation, Global Wildlife Conservation and Colorado State University –.

The study provides in-depth analysis on Javan rhino population by using camera traps. In 2013, experts have gathered 1,600 pictures of rhino from 178 locations installed with camera traps to gain prediction of population. From the pictures, they’ve counted 62 individuals.