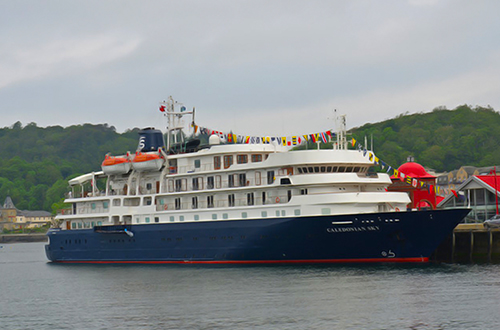 Jakarta (Greeners) – Indonesia set up a team to deal with recent case of a British yacht which crashed into the country’s coral reef in Raja Ampat water areas, said a senior official, in Jakarta, on Tuesday (14/3)

Deputy for Coordination of Maritime Sovereignty, Coordinating Ministry for Maritime Affairs, Arif Havas Oegroseno, said that the team will be handling legal aspects, civil legal suit and criminal suit, including Mutual Legal Assistance, and possible for extradition scheme if needed.

Furthermore, the team will also be responsible in assessing environmental damages, navigation safety and other related issues on MV Caledonian Sky crashing into coral reefs.

“We are ready to take any steps necessary to prevent more losses for people and environment damages can be immediately tackled,” said Oegroseno.

Meanwhile, Director General of Marine Spatial Planning, Ministry of Marine Affairs and Fisheries, Brhamantya Satyamurti, said that the ministry was collecting data on the damages and would start its internal meeting to discuss the incident.

“We still can’t say how much the damages or the values caused by the incident,” said Satyamurti.

On March 3, the 4200 gross ton yacht with 120 passengers and 79 crews circling around the island for bird watching and art performance.

The yacht, under Captain Keith Michael Taylor, was on its way to Bitung but crashed into coral reefs in Raja Ampat.

It is allegedly that the captain had only rely on GPS instruction and radar without considering other factors.

A tug boat, TB Audreyrob Tanjung Priok, tried to pull the yacht but didn’t succeed until the captain managed to pull it out from the reefs just before midnight on March 4.

Initial investigation revealed the crash had damaged 1,600 square meters of coral reefs in Raja Ampat which considered as haven for marine biodiversity.

Based on 2009 Law on Environmental Protection and Management, coral reefs, peatland and forest destruction is considered as criminal act. Hence, the company will be liable for criminal charges and not just compensation from insurance company.