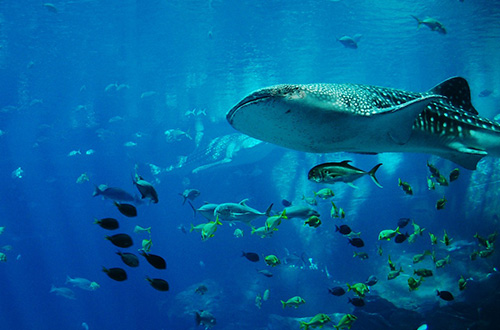 Five out of nine walking sharks, as the species wriggling their bodies and pushing their fins to ‘walk’, have been identified in Indonesia. They are easy to spotted just through snorkeling or boats in shallow waters.

“However, because they are so easy to find, its sustainability is under threat. It is why we must not disturb the species while we’re sightseeing in coastal areas. Don’t damage coral reefs and wetlands which are their breeding grounds,” said Victor Nikijuluw, Marine Program Director of Conservation International (CI) Indonesia, in a press release, on Friday (13/01).

Furthermore, Victor said that Indonesian speckled carpetshark, endemic to Indonesia, was found in Raja Ampat in 1824. Meanwhile, H. henryi was found in Kaimana waters and H. galei was found in Cendrawasih Bay, in 2008. The latest finding, H. halmahera was found in Halmahera in 2013.

Based on the study, conducted by CI, Indonesian Institute of Sciences (LIPI), Western Australian Museum and California Academy of Science, the species can only be found in Australia continent, Papua New Guinea, West Papua waters, Halmahera and Aru waters.

These findings, supported by Mark Erdmann and Gerald Allen of CI and Western Australian Museum, following up previous study that stated northern areas of Australia continent, Papua New Guinea, Seychelles in Indian Ocean and Solomon Island in Pacific as the areas of these walking sharks.

Fahmi, shark expert of LIPI, said that sharks have limited swimming space and dependent on its habitat within certain depth. The species is not able to swim far and has low spread potential. In addition, its reproduction type is placing the eggs in certain substrate to hatch and grow as adult in same habitat.

He added that the findings have been submitted to local government as manager of coastal areas to encourage for more protection of walking sharks as only Hemiscyllium freycineti was protected under Raja Ampat Regional Regulation, issued in 2012, on Ban on Capturing Sharks, Manta rays, and Other Specific Fish in Raja Ampat Waters.

“Currently, walking sharks are captured for decorative purpose and has high selling price in international markets. Some of developed countries even farm them for commercial purposes,” he said. “We need management for these sharks and their habitat so we don’t end up find them in aquariums but none in its original habitat.”