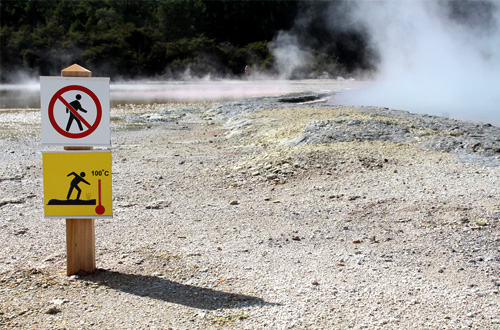 Jakarta (Greeners) – After ratifying Paris Agreement into a law, Indonesia should prioritized its commitment to hold earth’s temperature through carbon emission reduction including shifting from fossil fuel to renewable energy, such as geothermal, said a lawmaker, in Jakarta, on Monday (24/10).

Agus Hermanto, deputy head of House of Representatives, said that Indonesia is located in the world’s ring of fire with a potential of 30 Gigawatt in 330 spots. However, only five percent or 1,500 Megawatt is optimized.

“We have conducted senior officials meeting (SOM) to discuss on the potentials, challenges and recommendations on geothermal development in Indonesia,” said Hermanto. “From this meeting, we suggested to set up State Owned Company specifically to handle geothermal.”

The State Owned Company, he added, would release State Electricity Company from developing geothermal and government can explore the resources, from financial and investment, using current facilities, such as geothermal fund of PT SMI, grants, and foreign loans under the coordination of Ministry of Energy and Mineral Resources.

Nevertheless, Hermanto added for strong cooperation between Ministry of Environment and Forestry with Ministry of Energy and Mineral Resources to do the mapping, field verification, and zonation site for geothermal working sites in core zone.

“So, there should be regulations from Ministry of Energy and Mineral Resources on banning to shift working contract and revoke [permits] on companies failed to do their activities,” he said adding that ministry of research and technology need to form Geothermal Research Center involving universities, research centers, and association.